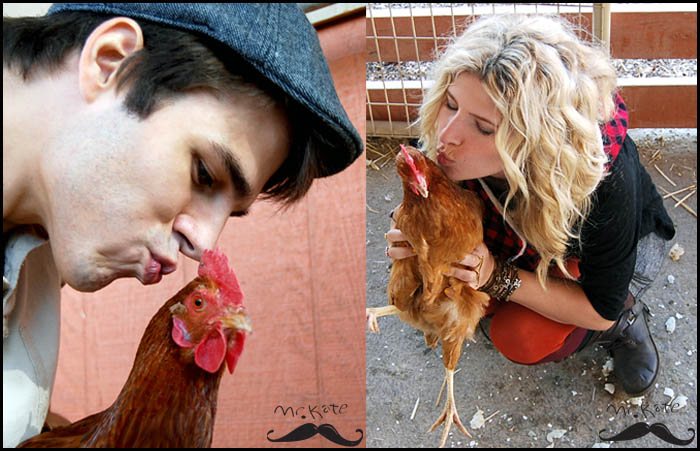 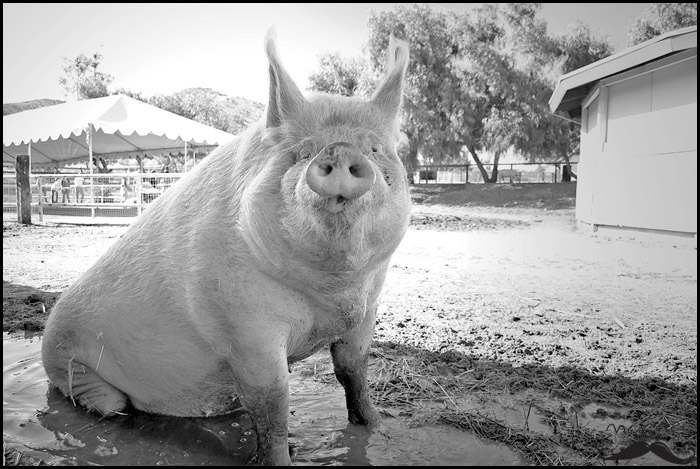 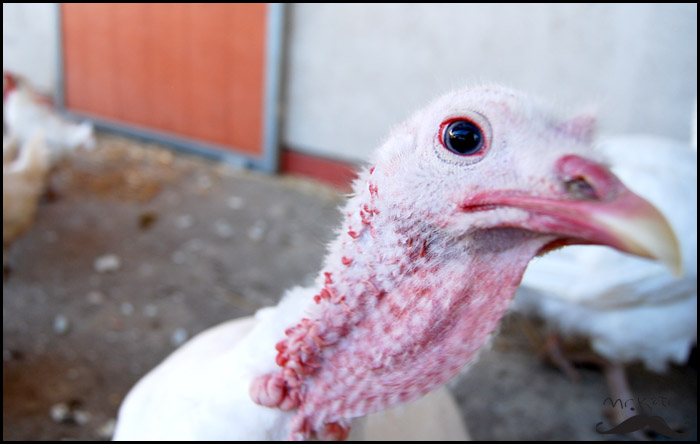 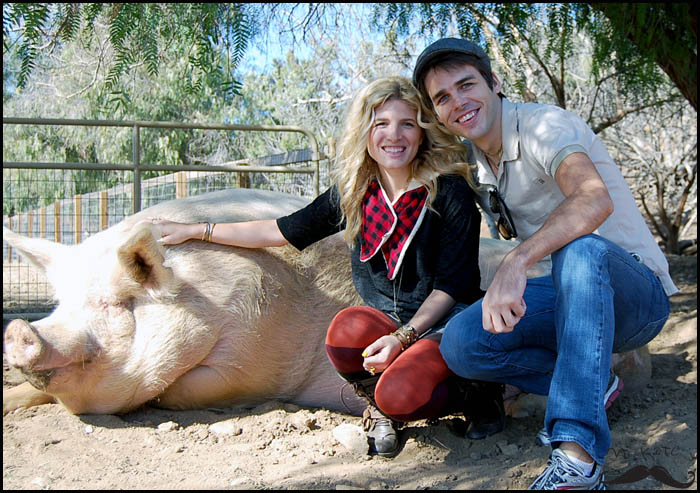 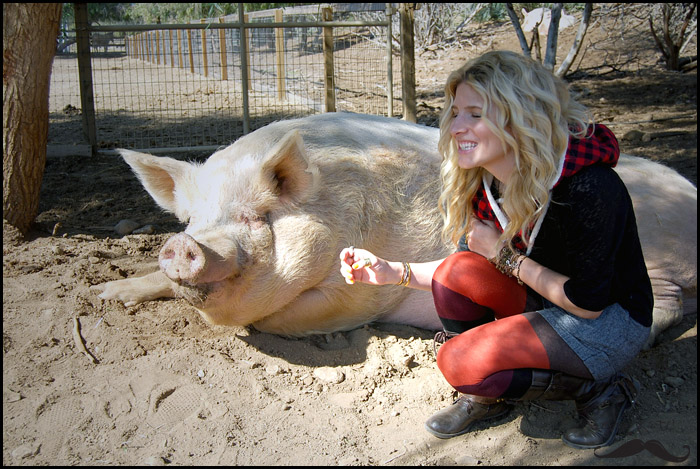 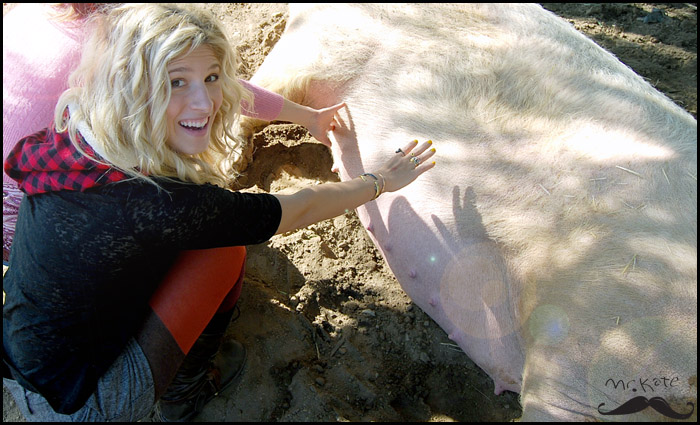 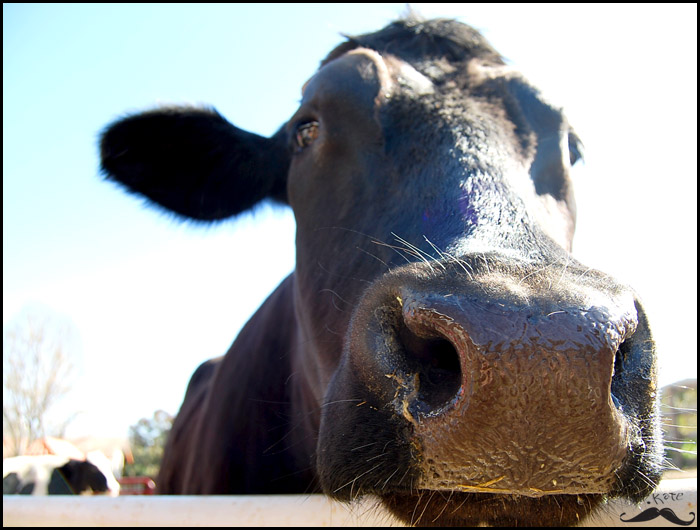 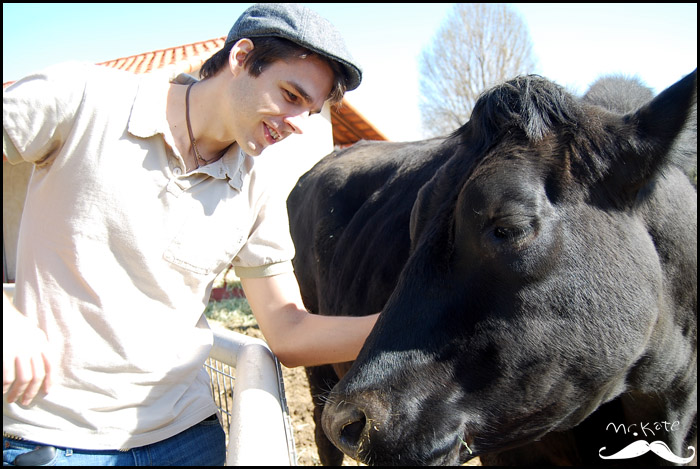 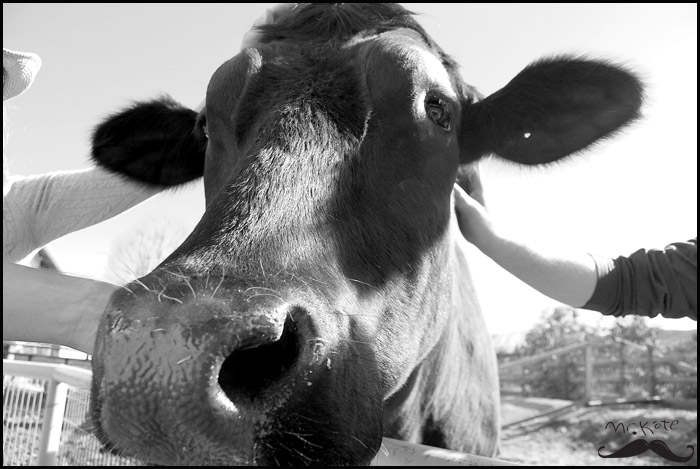 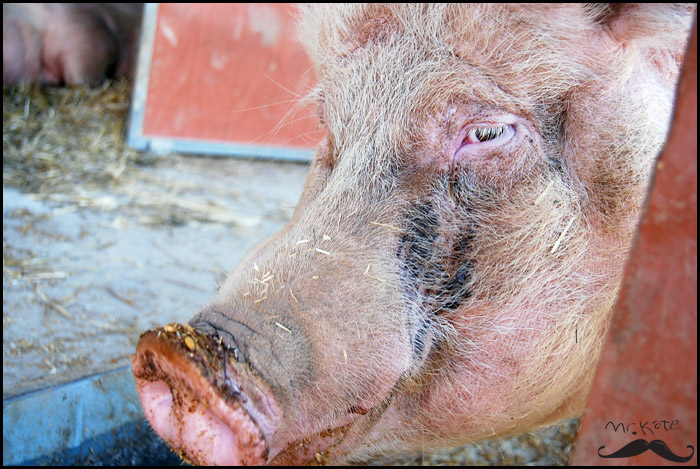 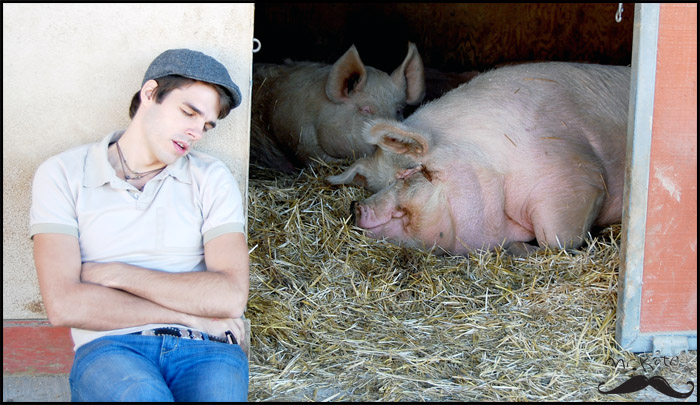 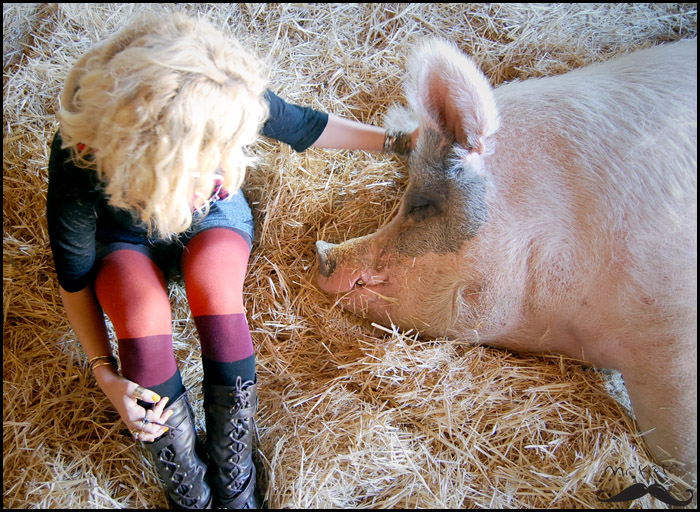 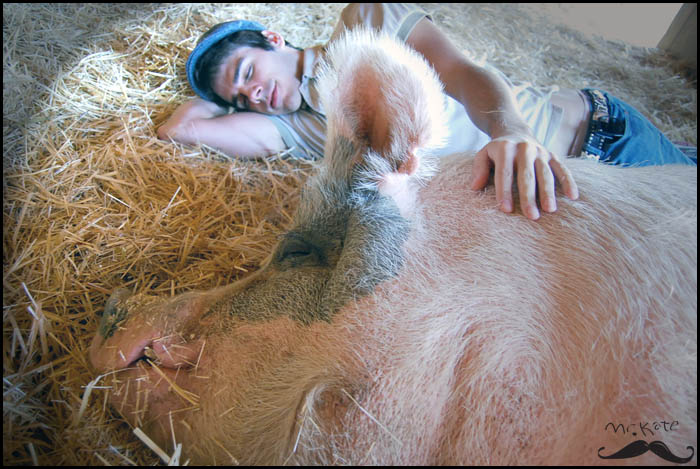 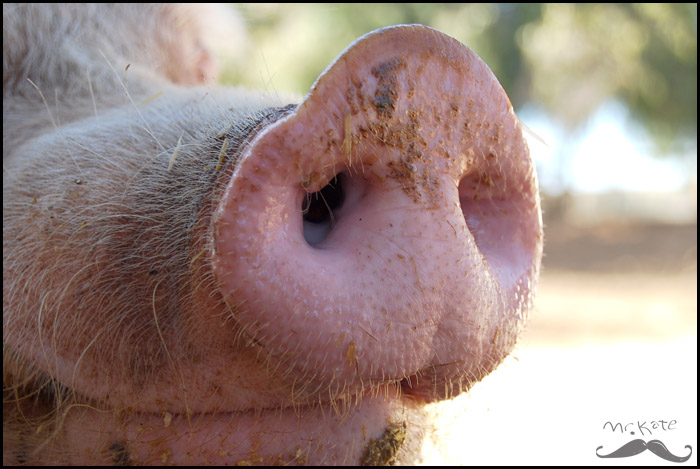 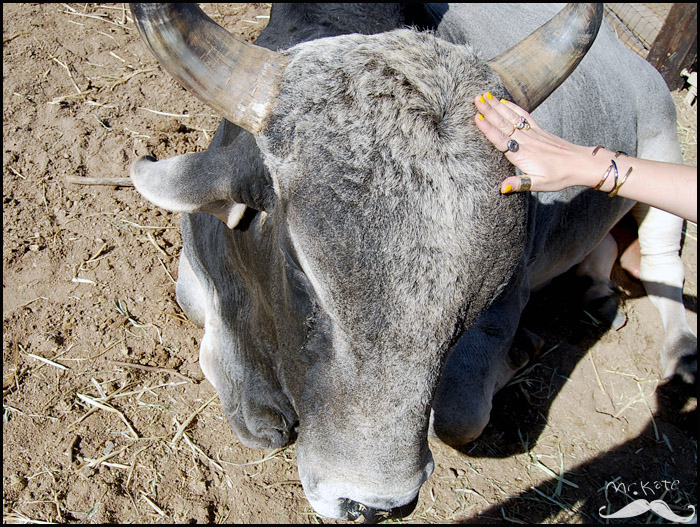 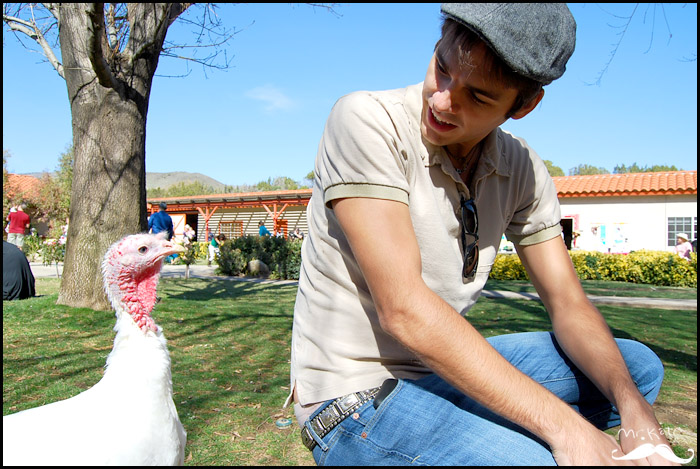 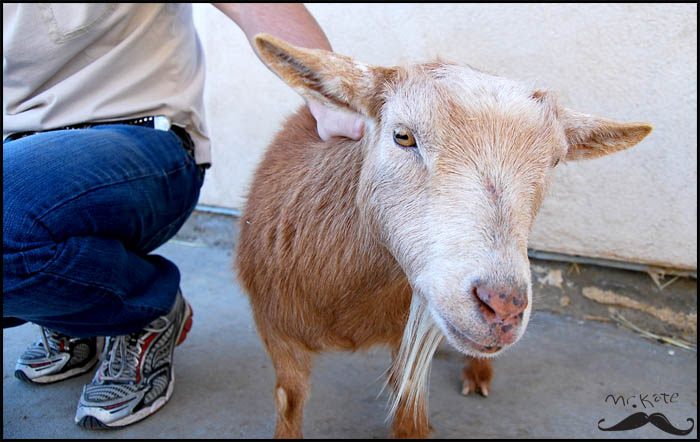 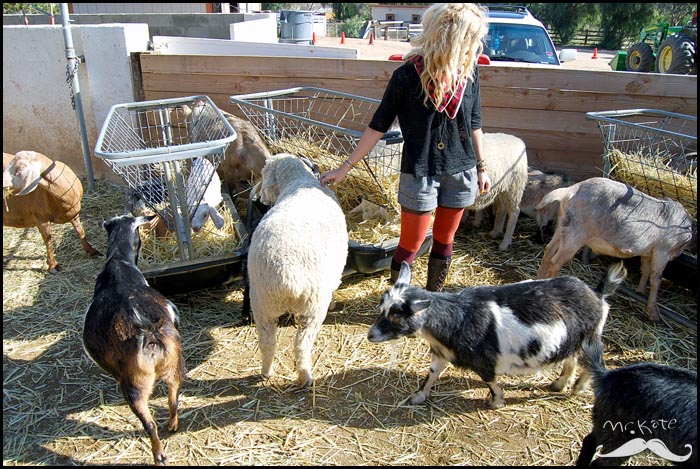 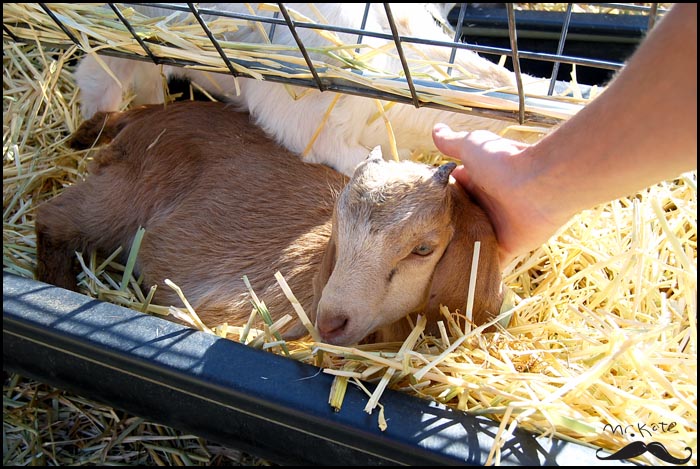 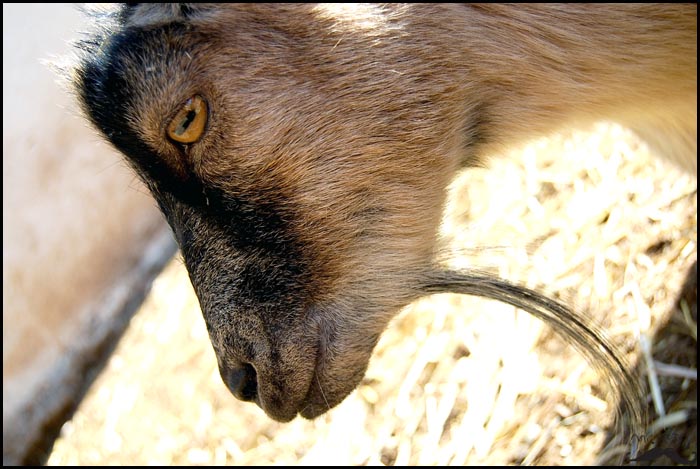 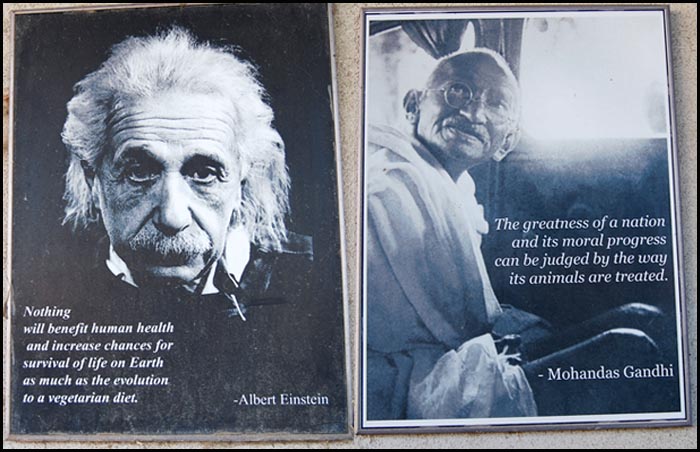 yesterday was Valentine’s Day. after doing a little research it seems that there are different theories of what is the actual history of Valentine’s Day. it seems to be in celebration of Valentine, who may have been a priest in third century Rome. the fact that it falls on February 14th seems to be another occasion where the Christians tried to ‘christianize’ a Pagan festival (like Christmas on the Winter Solstice) called Lupercalia, which is to usher in Spring, celebrate fertility and was celebrated on February 13th through 15th…ah, those pesky ancient Christians.

so….for Lupercalia, Joey and I celebrated the coming Spring and fertility and went to a farm animal sanctuary called Animal Acres, that i have been wanting to go to ever since i read The Kind Diet. Animal Acres rescues abused farm animals and gives them a comfy safe home where they can live out their lives in peace, away from the tortures of factory farms. we learned that all the sweet huge pigs, like Alicia and Sophie, etc. above, are not supposed to be 800 pounds and pink but it’s because they are genetically engineered to grow really big and fast so that they can be slaughtered around 8 months and have a pink toned meat because it’s more appetizing. the genetic engineering has cut their life-expectancy down to around 5 years and caused health problems and joint pains because of their extreme weight. pigs are such sweet and smart animals and love belly rubs!

then there was Bruno, the male cow (steer), who was a by-product from the dairy industry and was on his way to the veal slaughterhouse when he fell out of the truck on the freeway. he was rescued by the CHP who then brought him to Animal Acres. he was so darn sweet!
the dairy industry keep female dairy cows constantly pregnant so that they are constantly producing milk, which is incredibly painful for them. when the cows have their babies, they are taken right away, the young females are pumped full of hormones to become dairy cows while the males are sent to be slaughtered as veal. the dairy cows don’t live very long, because their lives are so strenuous, and when they stop producing milk are sent straight to slaughter for their hides, because they are too skinny to be used for their meat. so sad.
Animal Acres also has friendly turkeys, chickens, goats and sheep. Squirt is the tiny chestnut colored goat in the photos and he became pretty attached to Joey. it was such a fun, funny, heartwarming and educational experience, i really recommend visiting your local farm animal sanctuary, and let me know what little, or big, buggers you meet and connect with!

ps. Einstein and Gandhi were vegetarians and so was Leonardo Da Vinci!