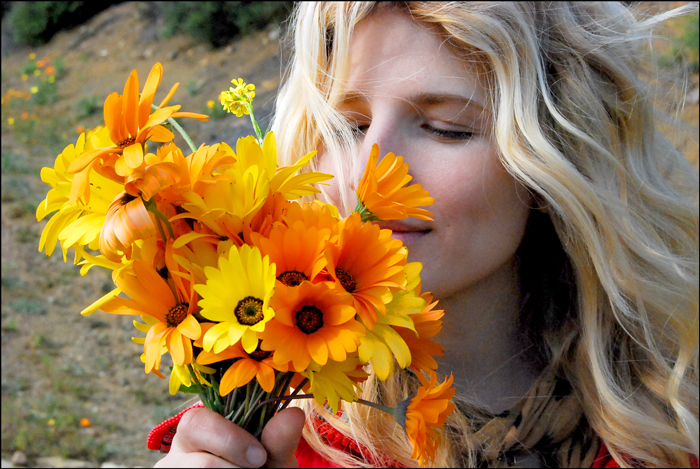 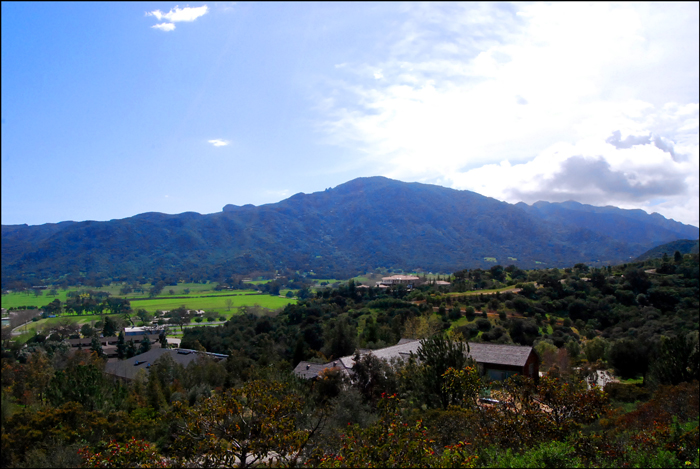 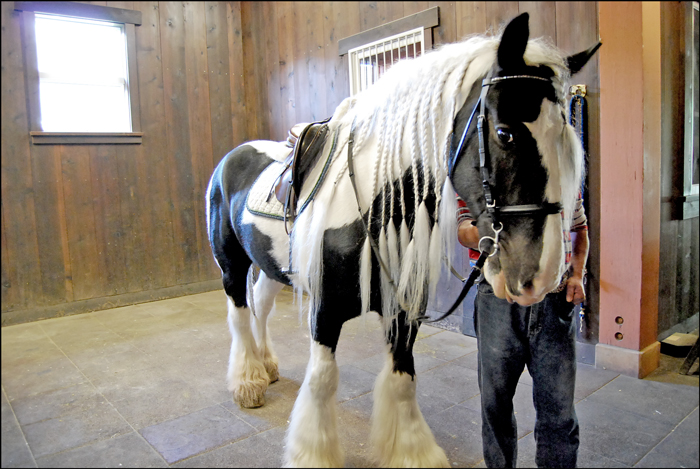 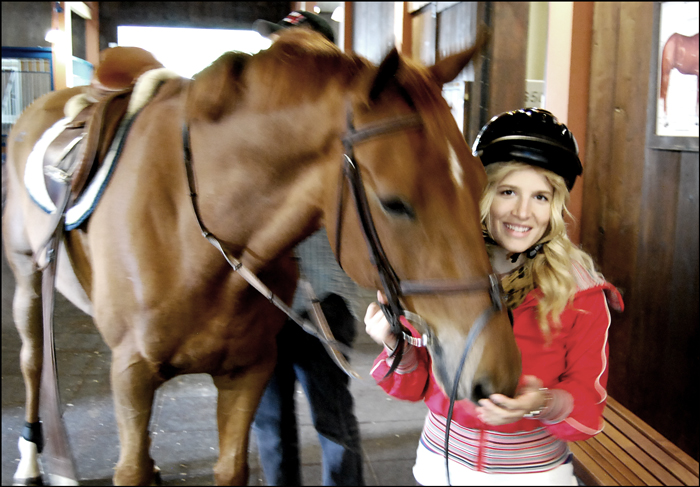 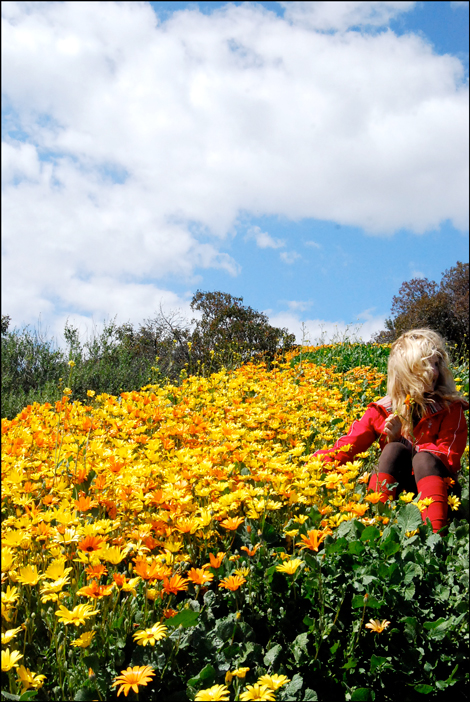 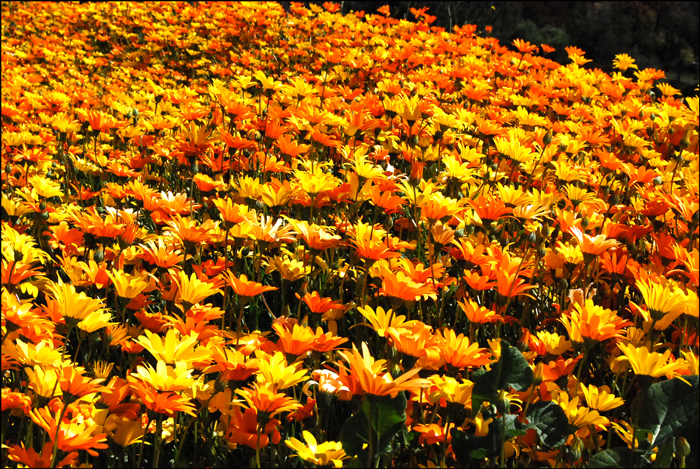 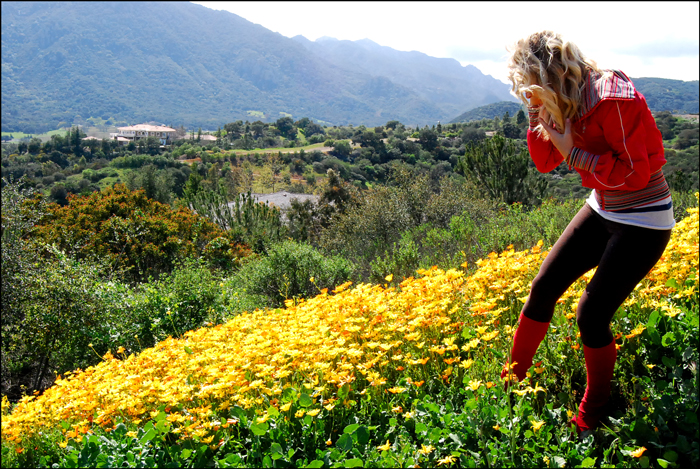 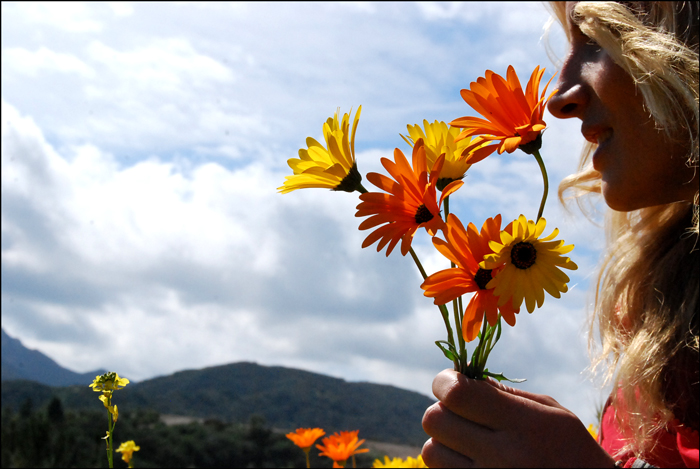 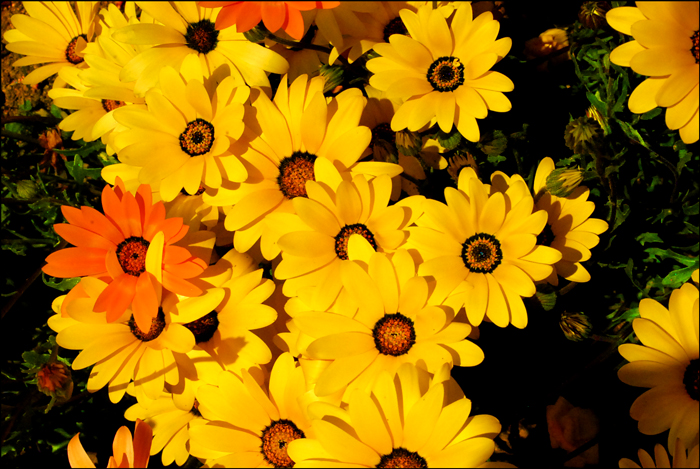 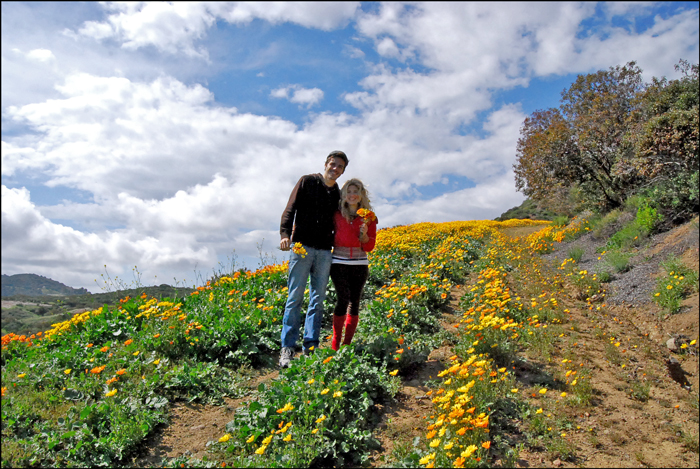 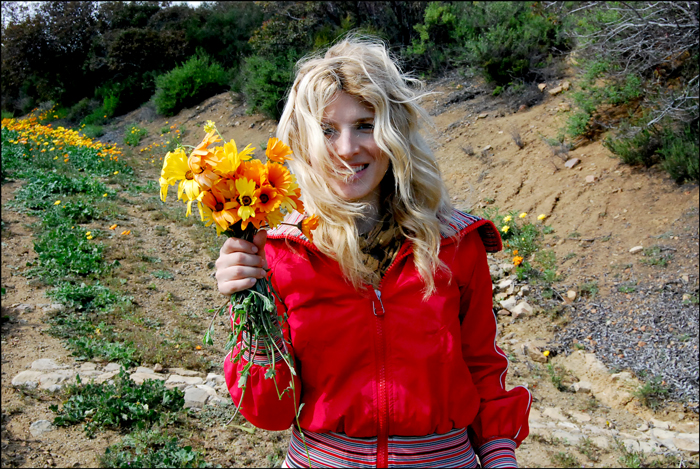 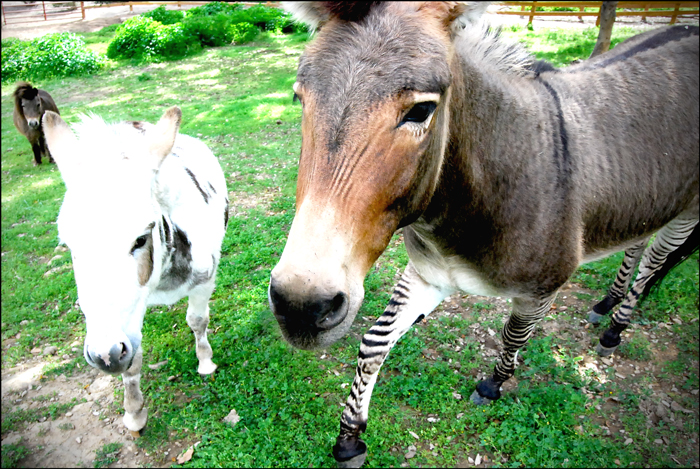 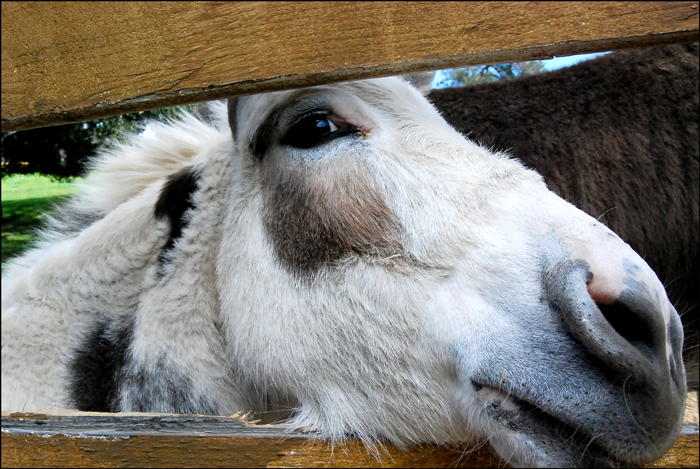 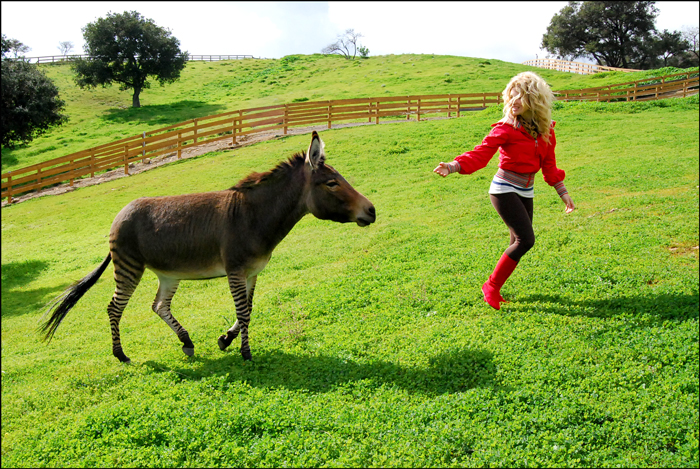 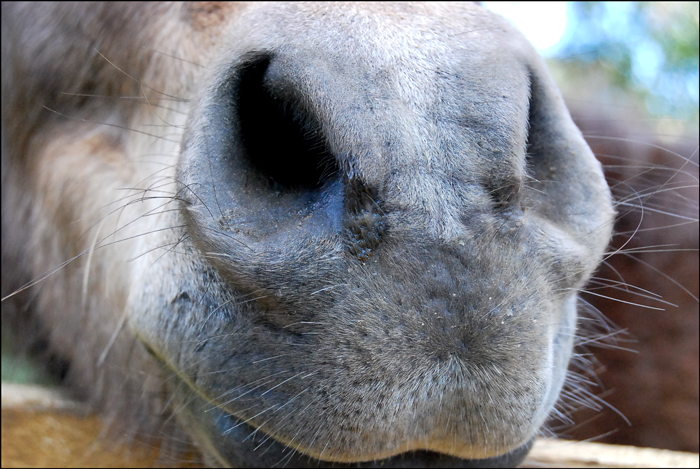 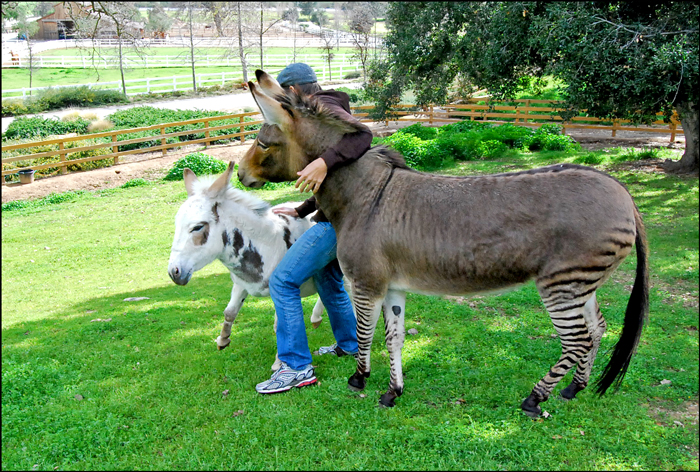 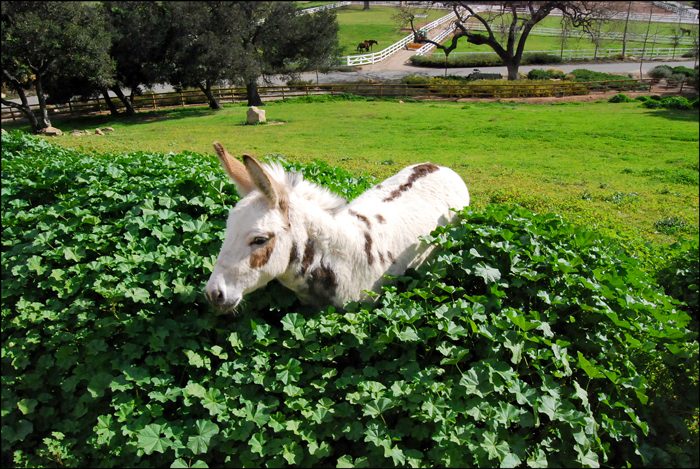 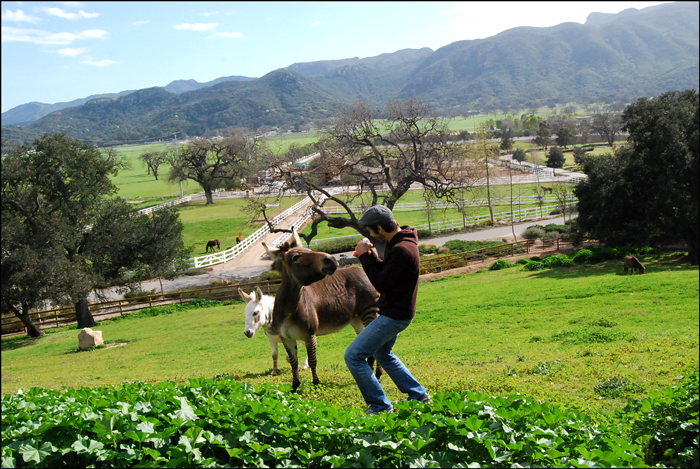 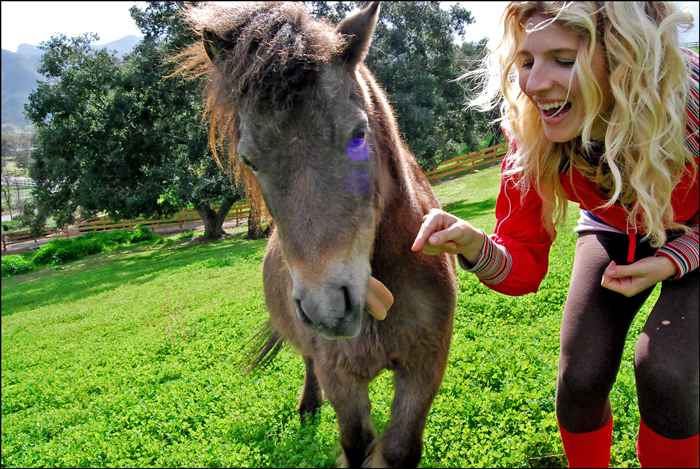 our Sunday adventure took us to my friend’s ranch out in Hidden Valley (possibly the place where ranch dressing comes from?). it was a beautiful breezy sunny day and we got to ride horses! i used to competitively show jump when i was in high school, but i hadn’t been on a horse in foreeever; so long that the only boots i deemed equestrian worthy were my Toms vegan wrap boots. i rode the piebald horse with the long braids (in the photo), his name is Eddie and he has bell bottoms!

we then ventured up the hill to see these gorgeous, yellow and orange wild flowers that had sprouted up everywhere after the rain. we picked bouquets, but only after we asked the flower gnome if it was okay. asking the gnome’s permission was a ritual we used to do in my airy fairy, and amazing, Waldorf kindergarden. it’s nice to acknowledge the plant as a life force before you pluck, and inevitably kill it. but i picked carefully and cherished my bouquet, unlike my friend Jonathan, who accidently pulled out some flowers by the roots, and he is now on the gnome’s shit list.

we finished the adventure off with a vegetable sushi picnic and a frolic with a Zebra Donkey or Zonkey….yes, it’s half zebra half donkey! her name is Cate and she was quite feisty, after i ran out of carrots she chased me and then went after Joey until he put his dukes up (don’t worry, no animals were harmed in the taking of these photos). her pasture mates were a miniature donkey and a pony with a tongue issue.