to tattoo or not to tattoo 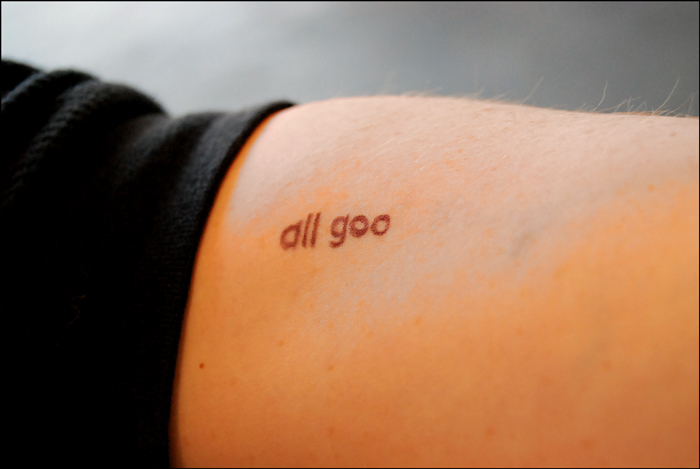 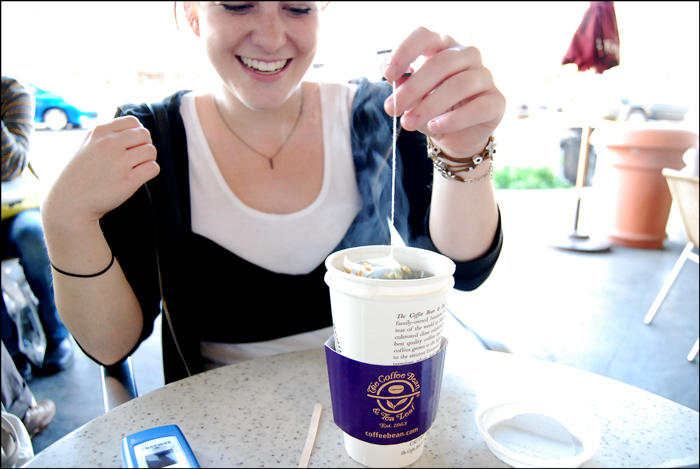 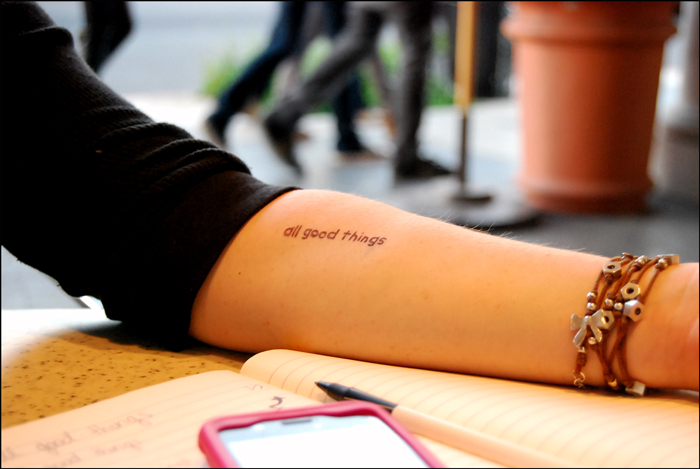 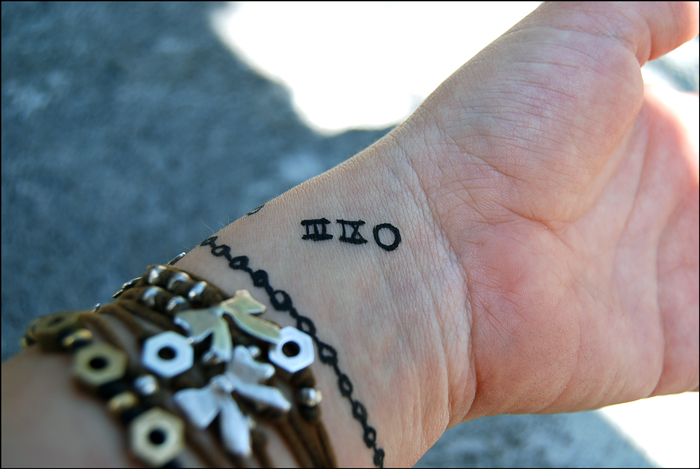 i’ve always said that i would never get a tattoo because there wasn’t one symbol or thing i could identify with enough to get it permantantly inked on my body. but then last year my sister and i started talking about getting corresponding small tattoos to symbolize our sister love before she went away to college. we never did.

the other day my friend Ali and i were playing around drawing a tattoo on her inner arm of a saying that she really identifies with, that is part of a longer quote that she likes. i really like it for her. i approve! it says “all good things”…not “all goo” silly! lately i’ve been saying that my first tattoo would be on my left pinkie toe, whom i’ve named Pedro. he is a dwarf toe and much shorter than his cousin on the right foot. he’s really quite rediculous and i don’t have any muscle control over him (maybe i’m highly evolved, i don’t know?). but i think it would be hilarious and fairly unobtrusive to get a little bow tie and buttons tattooed on him…hmmm…

the other photos show me playing around with bracelet tattoos, a la Channel, and the roman numerals for my sisters birthday and a circle which symbolizes all encompassing life and mother earth… i also included pics of Jessie Payo’s tattoos, that i took the other night. she has quite a few and they all look amazing on her!

what are your thoughts on tattoos? do you have any? what is it and what does it mean to you? 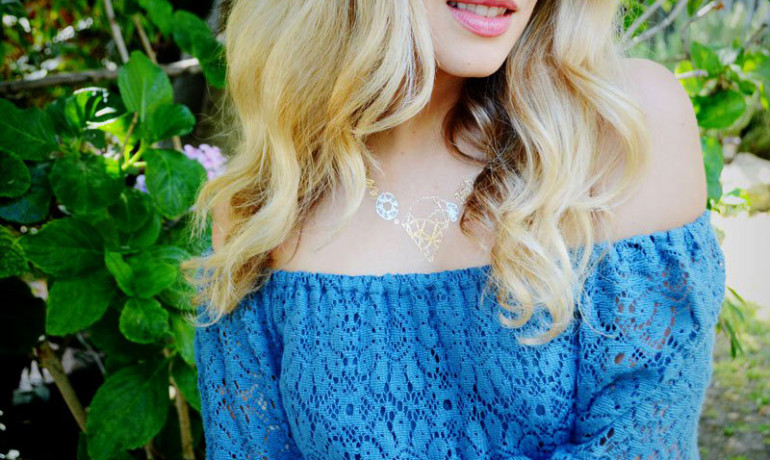 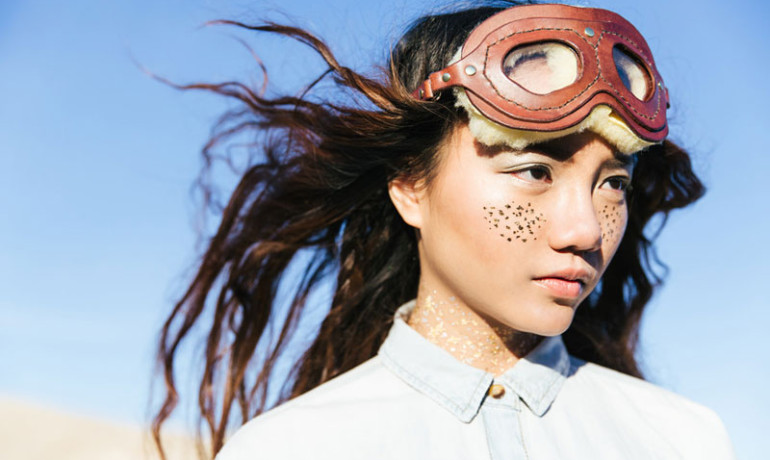 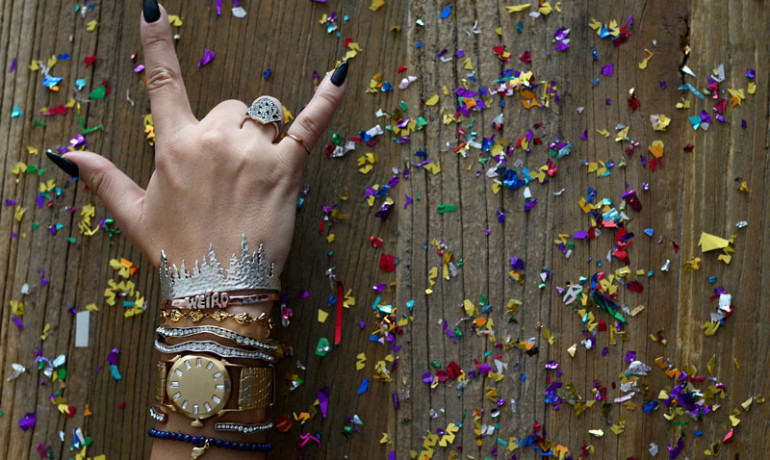 how to arm party: 4 ways to deck your wrist