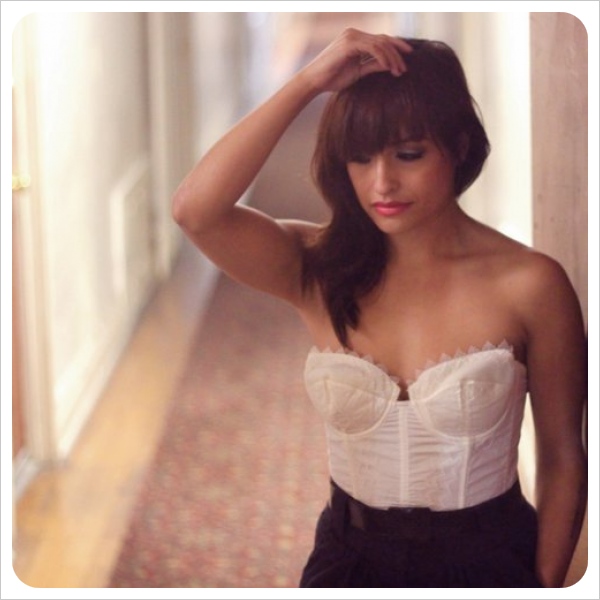 i’ve blogged a lot about my friend Jessie Payo – or as i like to call her, ‘cutie booty Payo,’ because there’s a lot to write about, from her amazing music and voice to her style and good vibes. today, i’m very lucky because she’s done a guest style post for Mr. Kate on her recent adventure at Burning Man complete with some amazing photos and insight. this is also perfect for a pre-Halloween post to get some ideas from the creative Burners! so take is away Jessie!…

Burning Man was always those “things” you hear but you can’t quite grasp what it is really like.  This year was a first for me!

I’ve asked around for a lot of advice on what to expect.  I got the run of the mill…”water, food, something to gift, shelter, masks, kerchiefs…but most importantly COSTUMES!!
So before I left for the desert, I caught up with my style guru of all that is creative, Mr. Kate.

Most of you caught the little video segment we did highlighting the pieces we created.  So with this blog, I thought I’d feature some of the wacky, incredibly inspired people I met along the way.
What I loved most about Burning Man is that, to me, it was as if everyone brought their imagination to life in their attire.  Anything goes in Burning Man.  You can be a robot, a clown, a furry monster, a fairy, an anime character…or you can wear nothing at all.  I pretty much bared all that I was born with so those picture remain to be seen.
Here’s a few Burners showcasing their style… 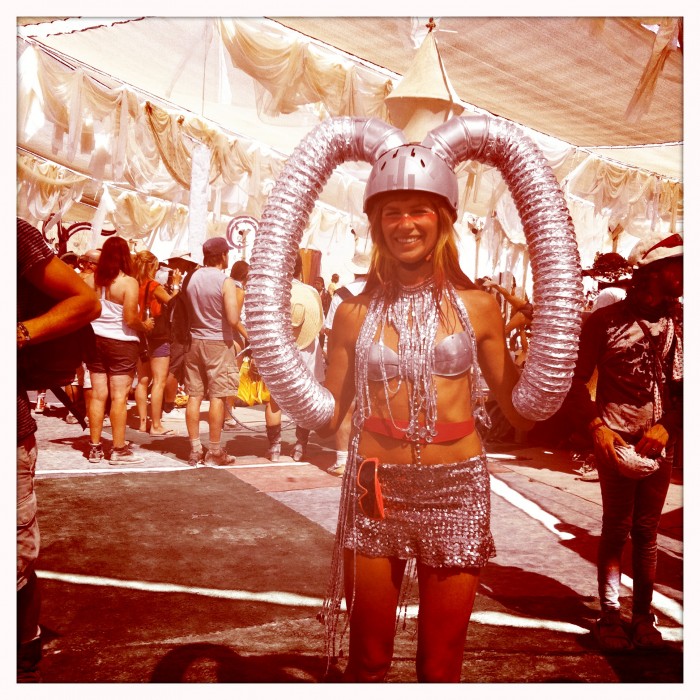 I found this women in the Center camp.  She wasn’t hard to spot among the many hippies showcasing their acro-yoga while others waited for coffee.  The idea of making sleeve out of pipes fastened to a silver spray painted bike helmet to make sleeves was a first for me.  The simple red stripe across her face was a nice touch.  But more importantly the silver beaded collar was my fav. 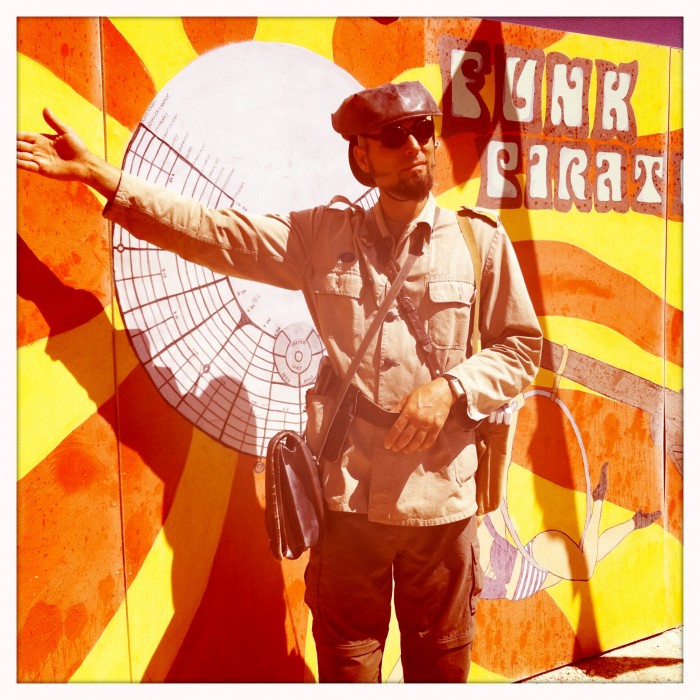 Steam Punk is big out there on the Playa.  At this specific booth, the Funk Pirate would have you spin a wheel of dares in order to get your free drink.  I had to display my best pirate voice and do a pirate jig in order to fill my cup with grape juice and vodka…only at Burning Man right?…or maybe the Renaissance Faire after hours. 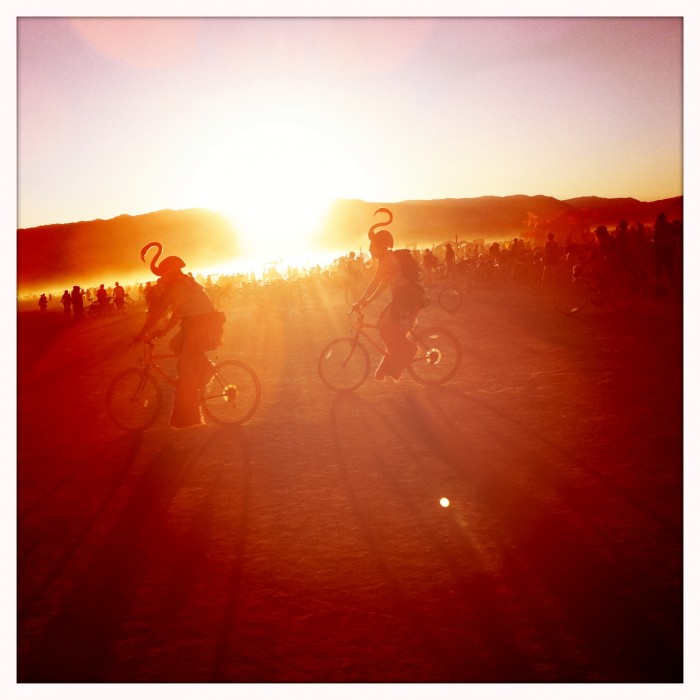 Flamingos have always been my favorite bird.  These bikes helmets converted into Flamingo hats at sunset couldn’t make for a better combo. 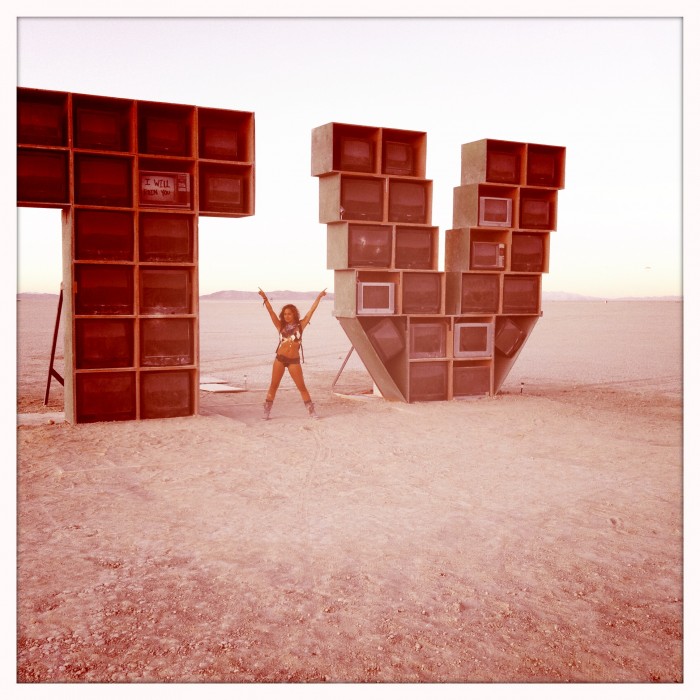 I’ve always wanted to be in TV hahaha!!  I’m wearing the bra that I made with Mr. kate.  It’s made of just her leather scraps hot glued onto a cheap strapless bra I found downtown.  Other than that, I’m wearing black bootie shorts, a thick leather belt and leather boots that I also found in the downtown garment district for only $30.00!  Yes! 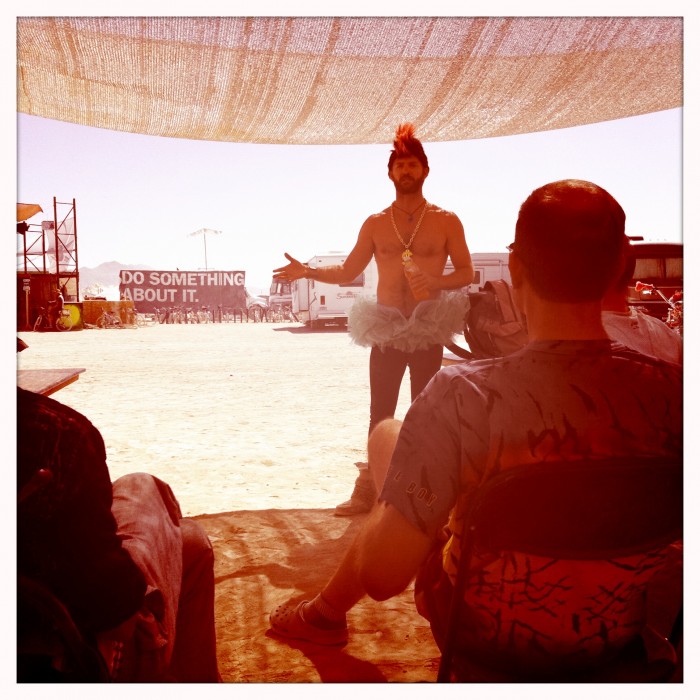 My friend Brad Swanson is a love coach in Los Angeles.  He invited us to one of his lectures…He’s amazing and has a lot of insight but I was a little distracted by his blue tutu, pimp chain and mohawk hat.  What I love about this pic is in the background was a huge wall that read “Do Something About It”. 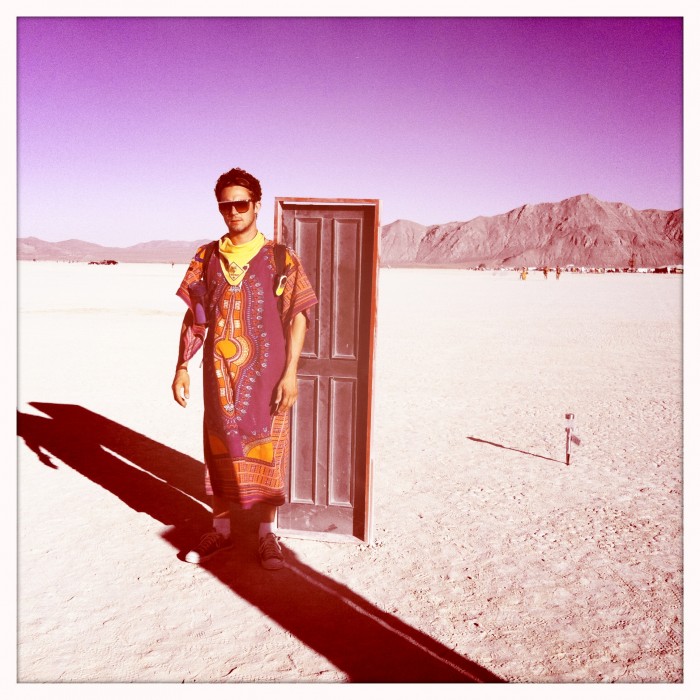 My boyfriend, Justin, found this amazing dashiki (which he called his moo moo) at a thrift store in Indianapolis the week before.  This was pretty much his Burner uniform. In this pic, he’s about to enter a door to nowhere….Sandworms!!  (get it? get it? Beetlejuice, anyone?) 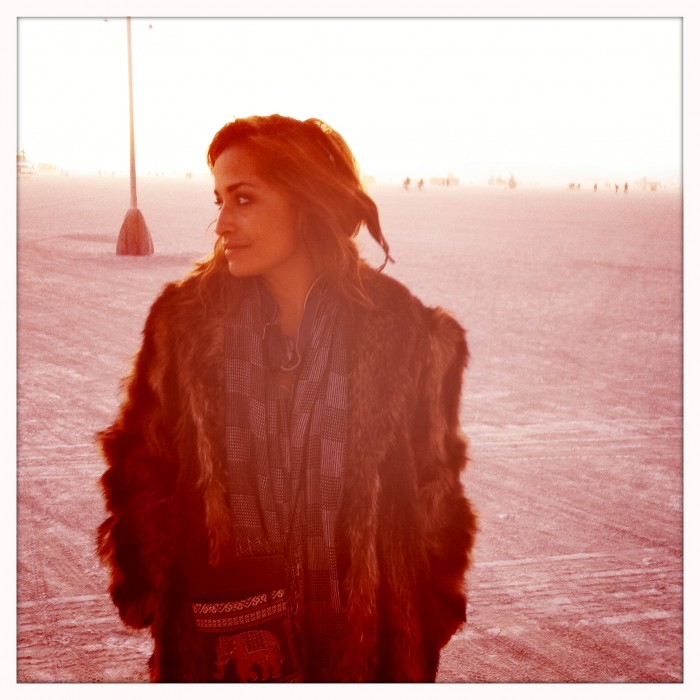 We pretty much stay up all night to watch the Sunrise.  It’s a really magical experience.  Being that we were in the desert, the temperature drops significantly at night/early morning.  Fur coats are a popular choice in this climate and served as a blanket for Justin and I as we watched the sunrise. 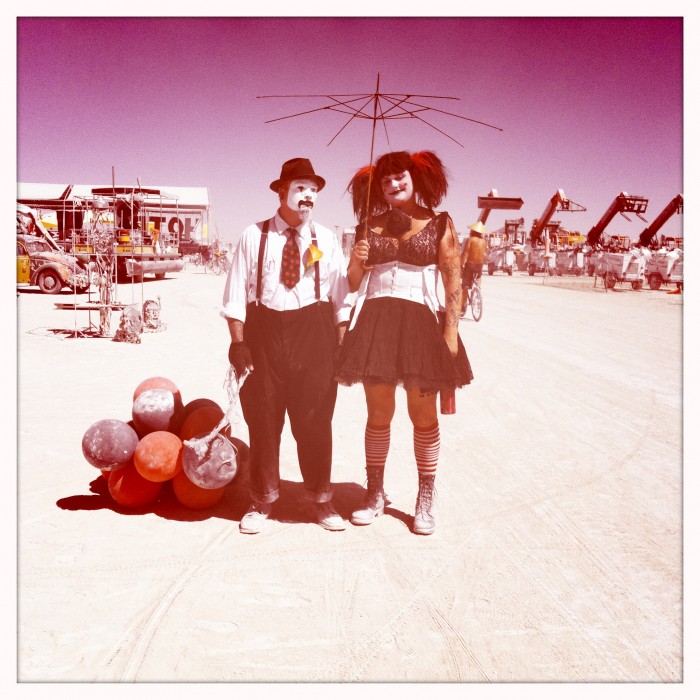 My Favorite couple was the dark clowns/mimes…They didn’t say a word.  I love the hints of detail from the shade-less umbrella and the deflated balloons to the yellow kerchief departing from the red, black and white. 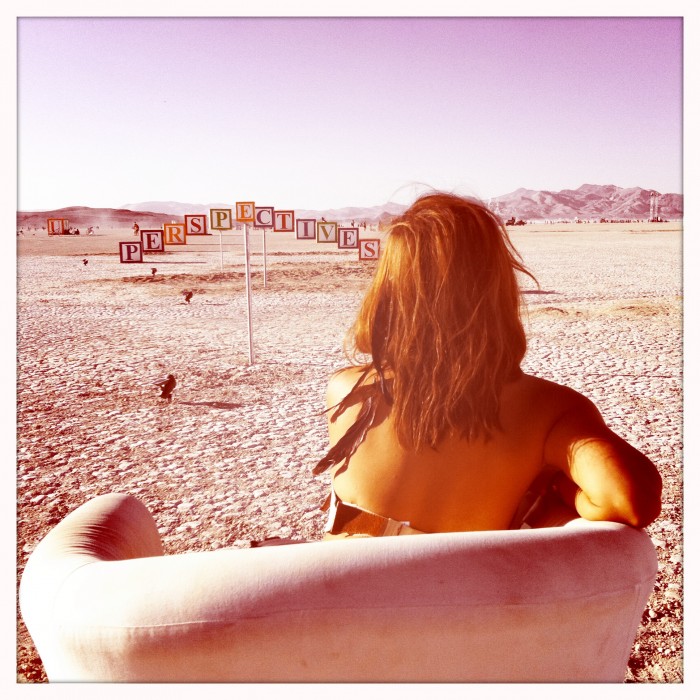 Burning Man was definitely a life changing experience and I could write about it in entirety but that would be a mini novel in itself.  What I can say is  that individuality and self expression is encouraged.  Burning Man is a place where you can amplify that and it’s fully accepted.  I came back fully inspired and I’ve taken my little pieces of Burning Man home with me in my life and also in my everyday style.  Style is what you make of it and it’s your opportunity to express the internal on the external…
…I’ve drank the cool-aid, I’m such a Burner!

all photos via Jessie Payo