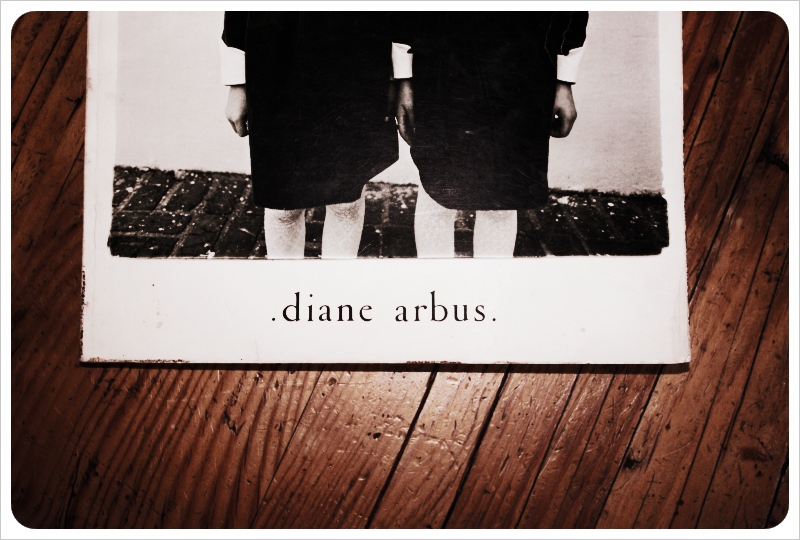 when i first started studying photography in high school, Diane Arbus was one of my main inspirations. for some reason i was always drawn to her work and just the other day, i found this awesome collection of her work in a used bookstore. 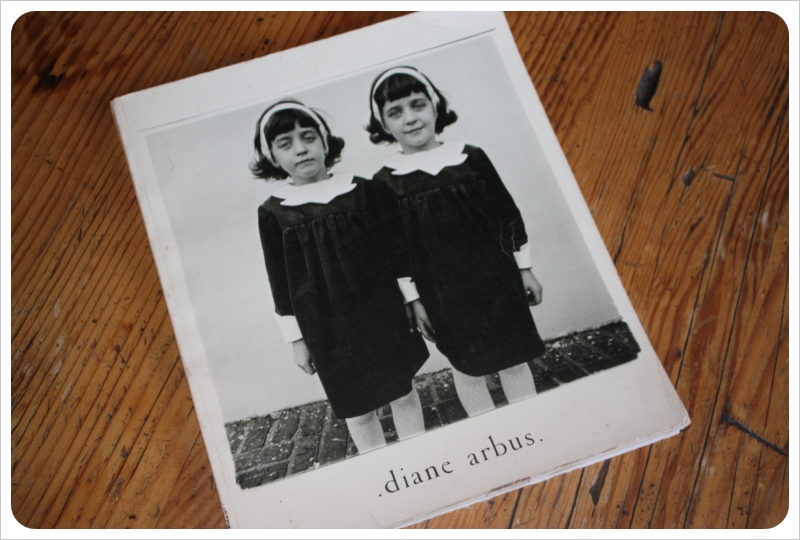 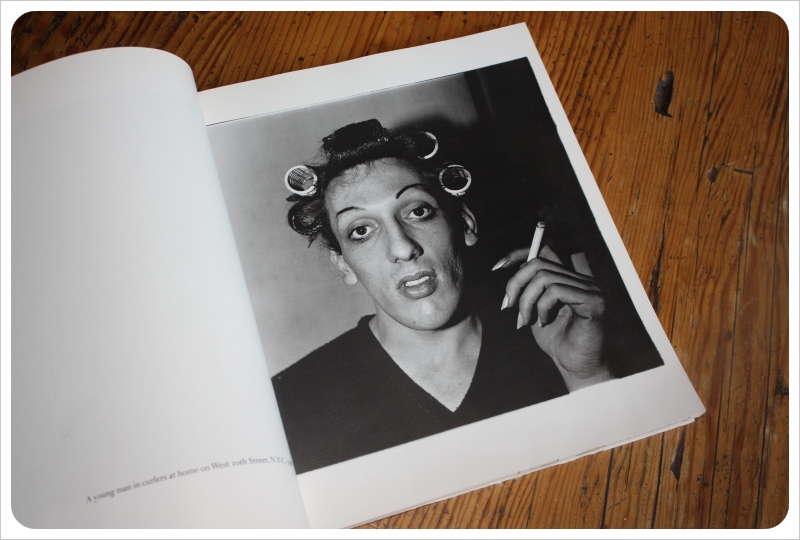 a lot of her photography centers around “freaks” (her words, not mine.) she states, “Freaks were one of the first things I photographed and it had a terrific kind of excitement for me.  I just used to adore them. There’s a quality of legend about freaks. Most people go through life dreading they’ll have a traumatic experience.  Freaks were both with their trauma.  They’ve already passed their test in life.  They’re aristocrats.” 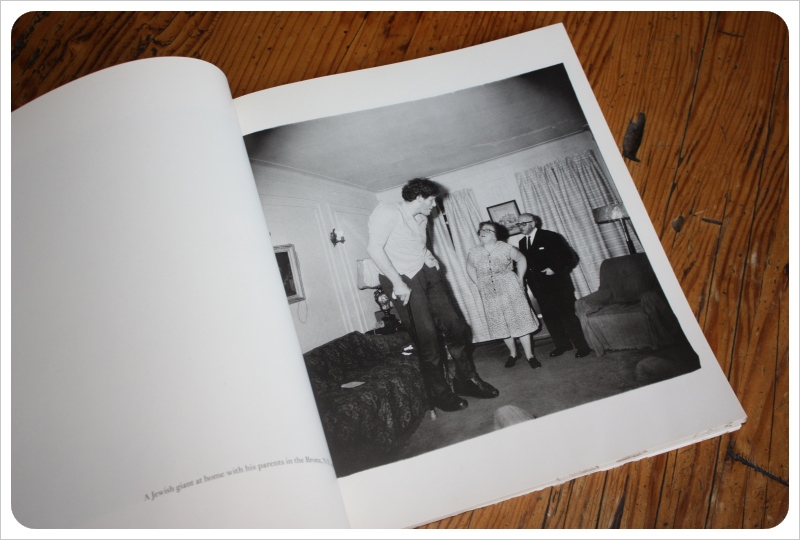 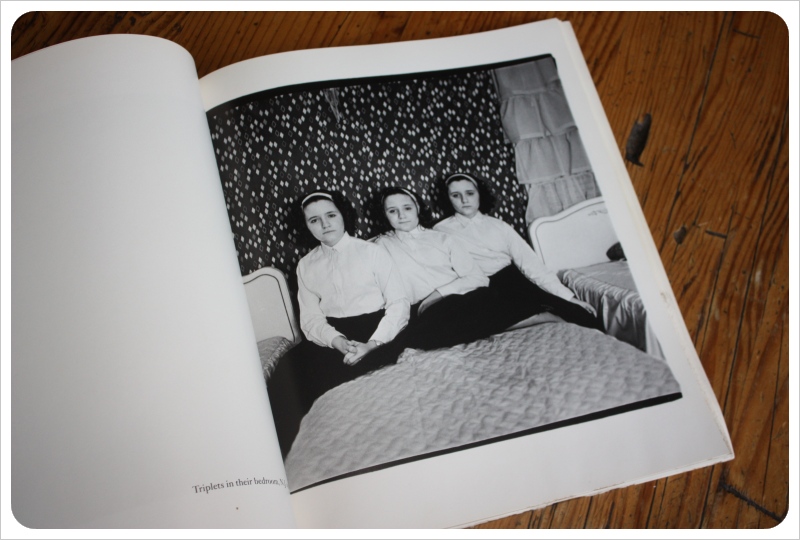 Diane hardly every photographed celebrities or well-known people, which i respect.  i love that she had the desire to look for subjects in places where many people would not.  one of her favorite places were nudist camps! the main reason for this was that she was interested in the types people who choose to live this lifestyle.  one of the nudist’s she photographed stated in an interview that he never really felt naked until Diane took his picture.  this was because she had an uncanny ability to take photos of feelings and emotions – in other words, your truest self. 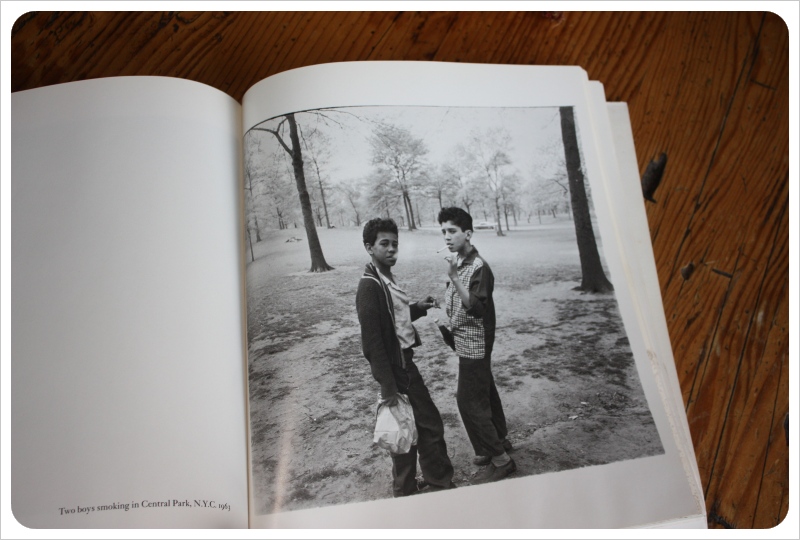 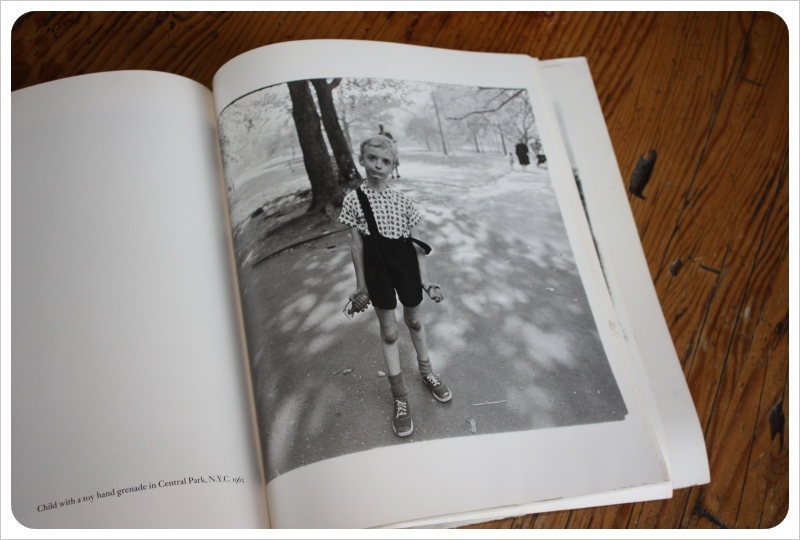 this photo is one of Diane’s most famous.  it was taken in central park in 1962.  he is giving the camera the strangest look while clutching a fake toy grenade — an original print of this photo sold for $408,000 in 2005. 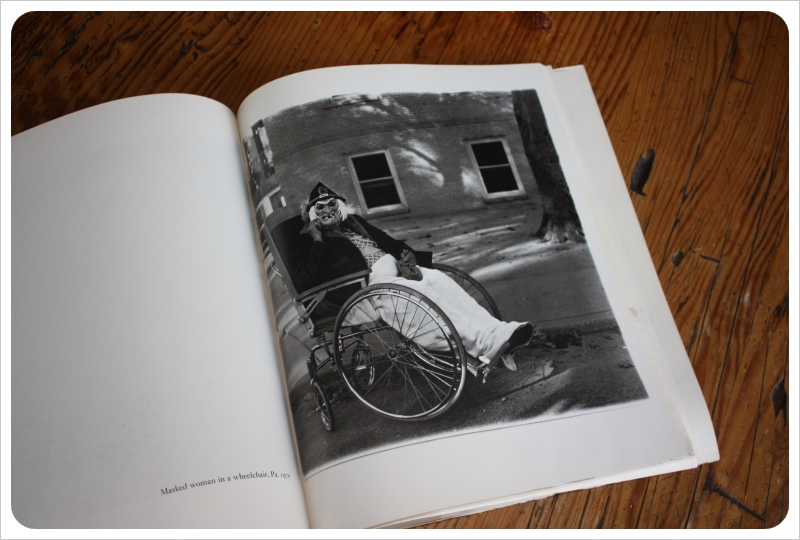