youth in revolt: the young and the scary

I, like all of you, am shocked, horrified and saddened at the events that took place in Boston over this past week.

It has me thinking and feeling a myriad of things, one is relief that as I write this, Boston bomber, Dzhokar is in custody and his brother, Tamerlan, is dead. A broader thought that has me really scared is, ‘what the f is going on with these young dudes doing crazy, scary and tragic things?’

The recent senseless and violent incidents in Aurora Colorado, Sandy Hook Elementary, Boston Marathon and if we go back to Tuscon Arizona, Virginia Tech and Columbine all have one thing in common, young men doing really violent things! I can accept that maybe society has always had violent individuals and that now, with semi-automatic weapons and the access to knowledge for making bombs (be it from the Internet or taught by some equally crazy ass), these violent individuals can inflict mass damage and death. But I don’t know, it seems like the propensity for heartless violence has increased and it has me wondering WHY? And why are these people all kids? …and by kids I mean under 30. These aren’t deranged, middle aged war vets reenacting a traumatic event from the depths of their PTSD ridden minds (not that that would be justified either), these are college students! Jahar aka Dzhokar is 19! That’s a freshman/sophomore in college, that’s before you can legally drink, that’s young! As his college friends described him, “he was like a regular dude.” The maniac at Sandy Hook was 20, James Holmes in Aurora, Colorado was 24 at the time and so on with the Columbine murders being the youngest at 17 and 18. As a person of the same generation as these crazy asses (or one generation ahead of some), I’m concerned.

I’m concerned that there are violent impulses in these young men that can magnify to these extremes.

Of course, my initial reaction when I hear about all of these horrific events is, ‘give me a gun and I will personally murder these f*cking a**holes! Or actually, just let me do it caveman style and clobber these evil bastards to death. Forget a fair trial, due justice, blah blah, I want vengeance!’ So you might say I’m meeting apples with apples – is that a saying? Basically, that I’m infused with a potentially similar, violent impulse…but mine is against bad guys! Right? It’s like how a TV show like Dexter, that is about a serial killer, is so popular that there can be 8 season! Yes, let’s pause a moment, it’s a show about a serial killer but we like him! It’s okay though, because Dexter kills bad guys. We’ve come to the conclusion that Dexter is justified in inflicting a slow painful death on these people because they’re evil. Beyond redemption. Right? We get a satisfying sense of vengeance as we watch someone’s life being taken. Okay…it’s all scary.

I do believe that with the prevalence of violence in movies and video games, that death is trivialized. It’s something you can evade, or bounce back from or glory in. Kids are killing virtual people every day with a controller (that sometimes looks like a gun) while listening to music with angry lyrics about “pop a cap in yo ass”…who’s said ass, according to the incensed musical wordsmith, deserves it.

Why is our generation seeing these mentally disturbed, deranged, brainwashed individuals with the capacity to cause death, destruction and heartache?

I don’t want to seem nearsighted. I know that in other parts of the world there is violence and war going on every day. That, rather than a sole individual, there seems to be mass armies of scariness. But for the purpose of this brain barf, I am referencing what’s been going on in the USA with the increased rate of mass shootings/explosions.

It sends chills up my spine and brings tears to my eyes thinking about the mindset one would have to be in to kill innocent people, that you don’t even know, face to face (including elementary school kids) like the guys in Aurora, Sandy Hook, Virginia Tech, etc. Then there’s the cowardly and pre-meditated craziness of building a bomb with ball bearings and whatever else, meant to bring chaos, pain and death to strangers and children! It makes me feel so many emotions of sadness and anger. It makes me depressed.

All these emotions I’m feeling, is this what these young, violent men are feeling too? What drove them to let the injustices that they experienced in their life warp their brain to the point where killing strangers was the only option they saw? I think beyond the media and video games and to other possible causes like lack of interpersonal communications and connections growing up that left them so isolated, in their own minds, that they could convince themselves to do what they did. I think of far-out things about the Electromagnetic Field Radiation (EMF), are we all surrounded by too many non-ionizing radiations from all the EMF emitting devices around us (cell phones, computers, tvs, you name it)? Are those things shifting the subtle nuances in our chemical make-up to allow for the craziness to set in too thick in some people?

I know, I probably sound crazy myself to some of you, but I do think of these things. We all have to live in this world where young men like the above, have now formed a pattern. These horrific incidents have left a torrid wake of despair, pain and fear. Yes, we will triumph, we can’t let them win, etc. etc. But in my quite moments, I wonder when the next one will be? I wonder where that young person is right now who hears of these awful events and, instead of feeling shocked, identifies with the mad man!

I heard on NPR some months ago a sociologist talking about the generation of high school/college aged kids and recent graduates being a very mild generation. That so much of their/our upbringing was easy, taken care of for us (technology, etc.) and that many kids talk to their parents on the phone every day – indicating a dependency that was not there in previous generations. They were implying that this was not a good thing, that we don’t get incensed by events enough to protest – like the youth of the 60’s and 70’s did (Vietnam, etc.) – and if they/we do, they submit a request to get a civilized protest approved by whatever governing forces (school campus, city, etc.). That we are too polite. Seems like the opposite problem from what these deranged youths are doing. However, it makes me ponder. Maybe our passivity as a mass is what is letting these sores fester. The universe is a culture of opposites, push pull, yin yang. Maybe our general lack of passion as a group culture is fueling these tiny sparks of mania and anger to reach dangerous levels.

We need to examine the why. Communicate, spend time away from our devices (as I type this on my computer), nurture mental health (I love therapy!), inact some kind of gun control for pete’s sake (who’s Pete?)! I know, people want to hunt and it’s their Second Amendment right, blah blah – first of all, don’t hunt, that’s weird and mean and the fact that your favorite sport is killing an animal from far away in a bush is just scary on another level – second of all, I feel like it’s our primal right to feel safe and keep our lives alive! Yes, background check me, no semi-automatic weapons, etc. pleeeease! I’m fine with some strange lady feeling me up at the airport because I know it’s a means to an end so that I don’t have a terrorist on my plane. Thus, I’d be equally fine if they wanted to talk to my kindergarten teacher if I was looking to buy a gun, which, let’s face it, with all my years in therapy, I’d probably be denied… but great, done, I don’t need a gun!

What I do need is hope and peace of mind. I want to have kids, at some point. I want to live a long life and I want everyone who wants the same, to have it. I want all those troubled, young minds out there to recognize these manifestations and seek help. People are inherently good, I think. Survival of the fittest is a true impulse in us but so is compassion and the desire to help someone in need. I’m going to hope and wish upon lots of stars that these young guys in Boston are the last we’re going to see of violent, mass destructive youth. I’m going to shut off my EMF radiating devices and mediate on positive energy for all those depressed and lost souls, who seek to harm others, to find solace in good.

What do you think? Chime in below, I’d love to hear from your glorious brain! 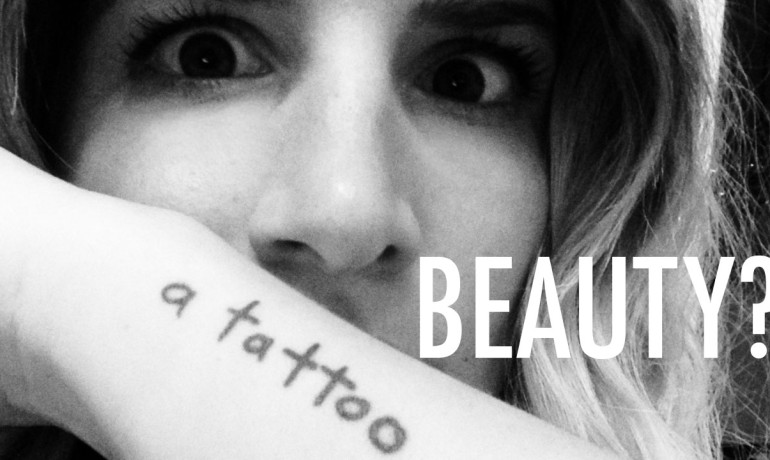