I like big BUNS and I cannot lie! After the success of my DIY Sock Bun video and post, I felt inspired to update the sock bun look for you all with a DIY Braided Sock Bun! Braids add texture and dimension to the beloved, meaty bun… get more DIY braid inspiration here!

It’s true, you know you have a hit YouTube video on your hands (we’re over 2 million views currently) when you’re getting a ton of negative comments, mostly from people who can’t spell… We thought it would be fun to read through a few of them before we started shooting the actual braid tutorial. The general consensus of the negative comments is that: 1. I’m annoying – I agree, I’ve been saying that for yeeeears, finally some people concur! 2. I seem like I’m drunk or possibly high on drugs – Well, this point relates somewhat to complaint #1, I mean, drunk people are annoying, right? However, I am naturally annoying, I do enjoy a nice dirty martini, but never during the work day or while doing my hair…I like the messy look but not the hot sloppy mess look. Oh, and also, I don’t do drugs duuuuuh, they’re illegal, silly and totes bad for you. 3. That I’m childish or “like a drunk 4 year old” which brings in point number 2 with the drunk thing and as far as the kid accusation, thank you! I feel very lucky to have a job that makes me giddy like a child, I only wish the same for all of you!

Don’t get me wrong, the majority of the comments on the original sock bun video are positive, which I appreciate all of your support and kind words. I’m unusually not phased by negative comments, I think I developed a thick skin as a pre-teen when I first started dressing “crazy” and getting called a “hooker” for my penchant for booty shorts and vinyl. I’ve always been a confident person and my first reaction to negativity, especially from strangers, is to think ill of the person saying it, not myself…like, ‘sucks for you that you’re unhappy in your own life that you fill your time with spewing negativity.’ In my mind they’re slobbery, angry troll people with really hairy moles on their gnarled noses and clumsily type they’re pathetic insults while grunting and drooling. I guess it’s similar to the notion of easing your nervousness by imagining everyone naked…which I’ve never done, I’m inclined to the curmudgeon-troll variety of mind mirages.

Enough about me, let’s get braiding! 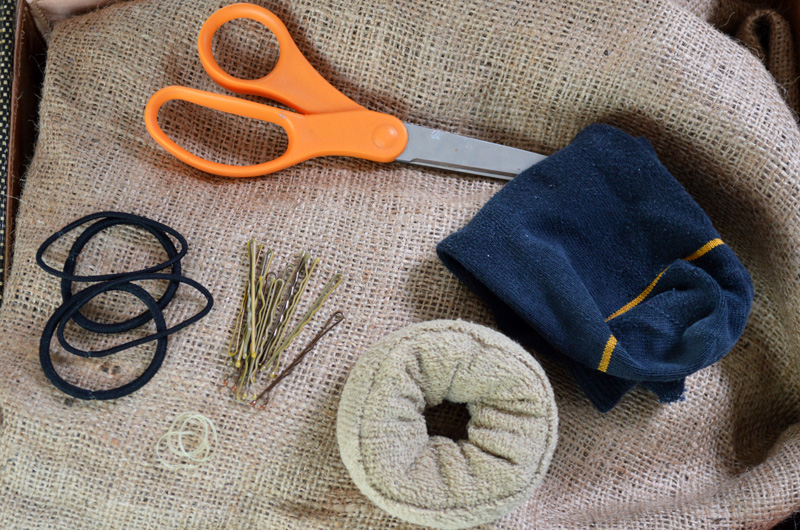 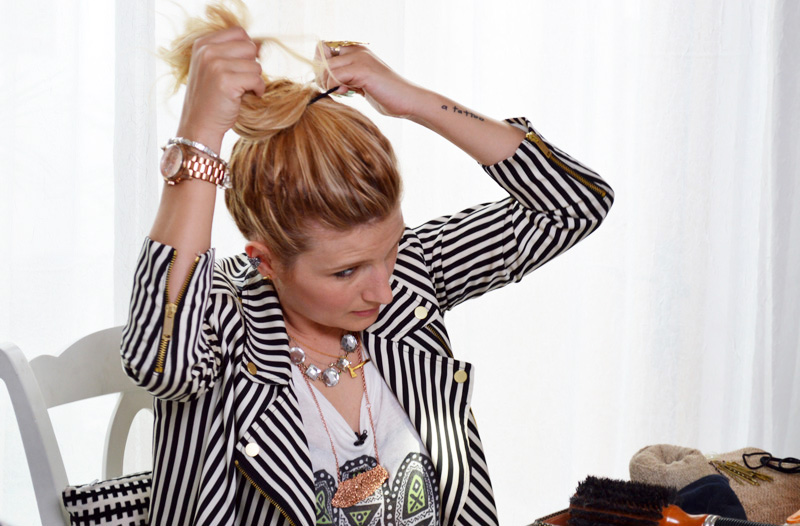 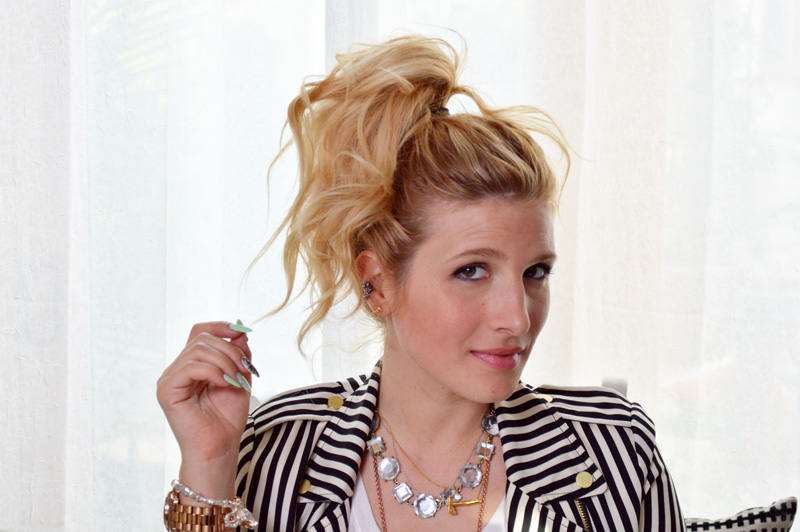 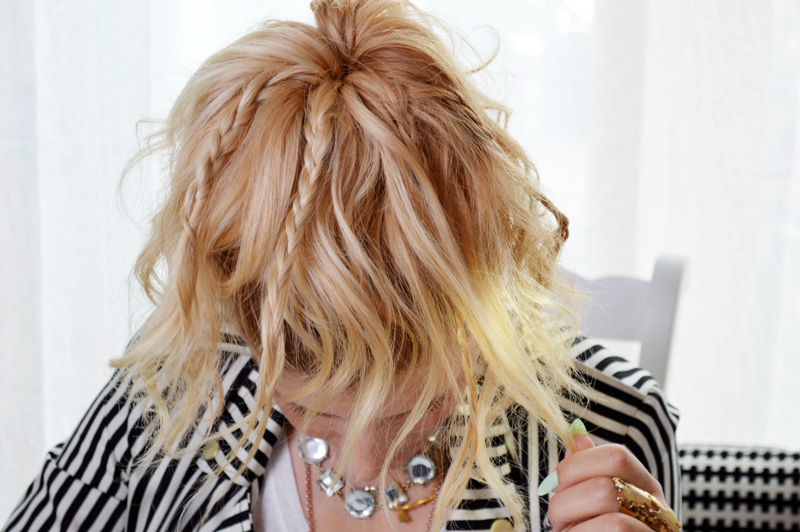 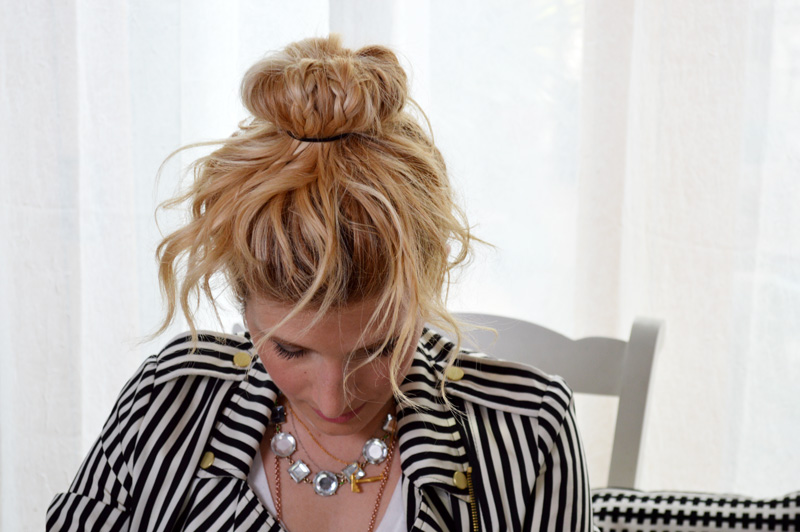 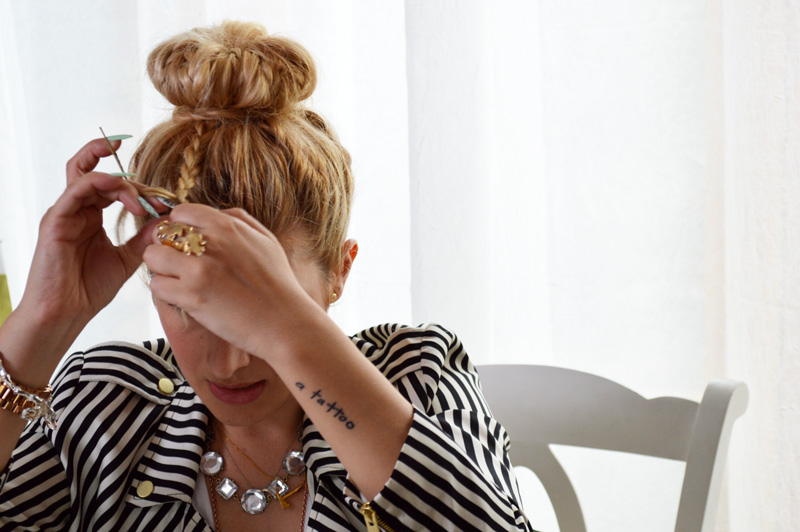 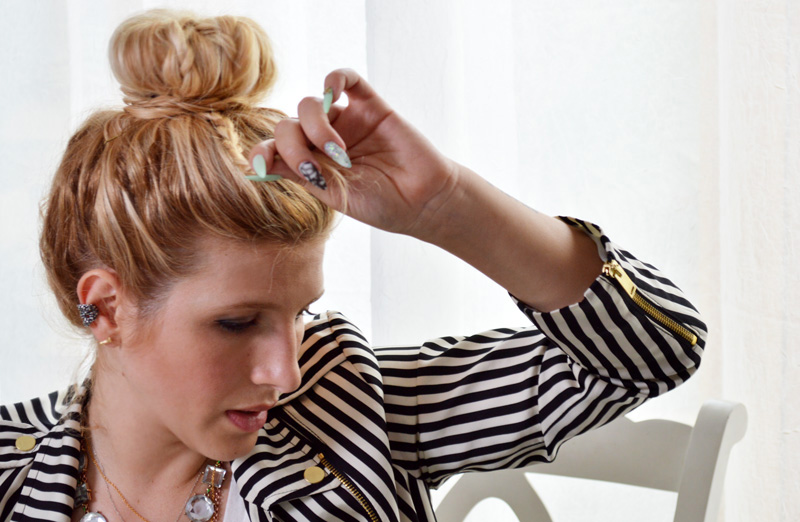 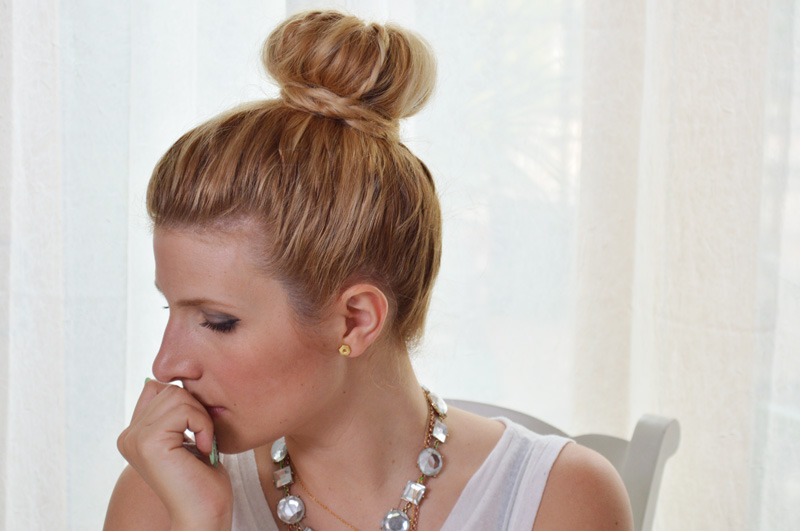 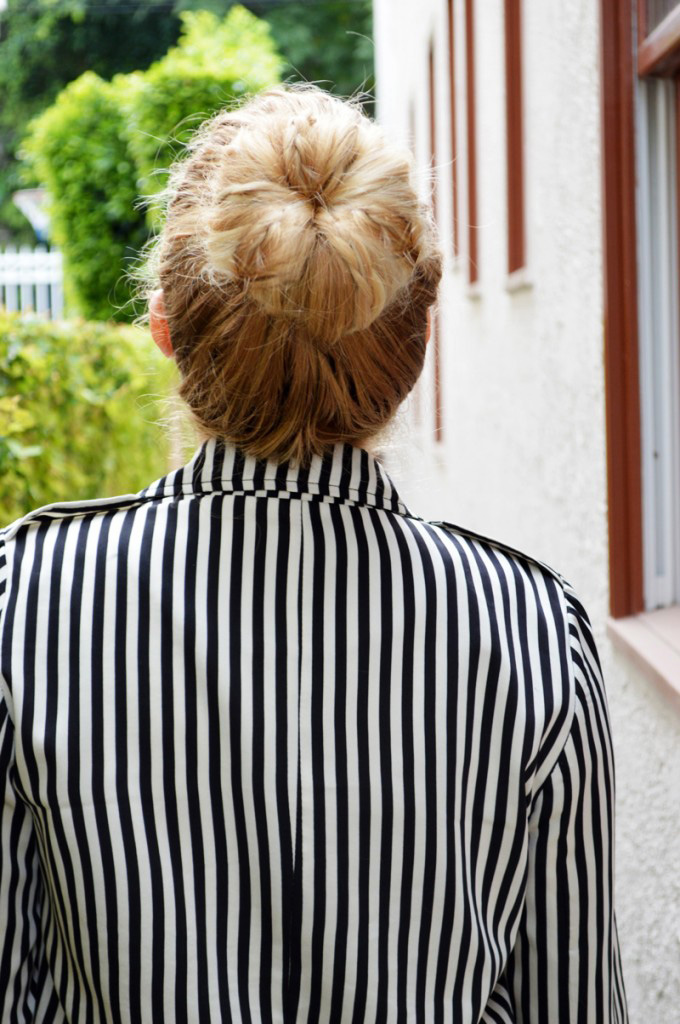 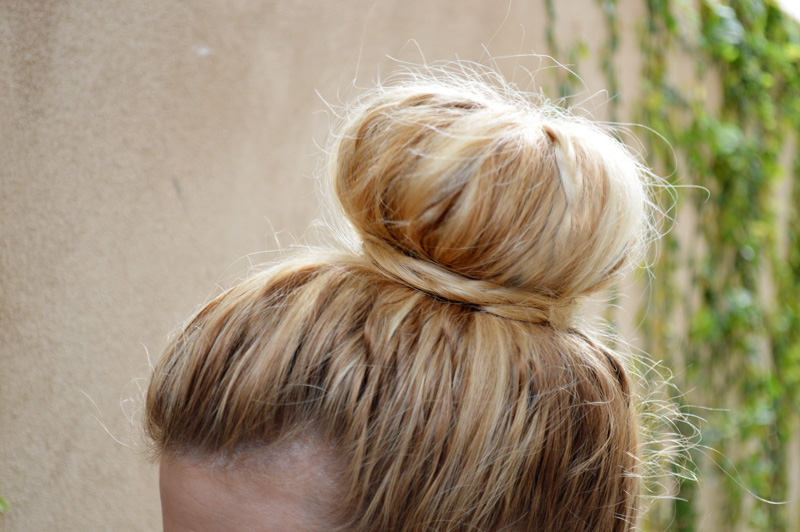 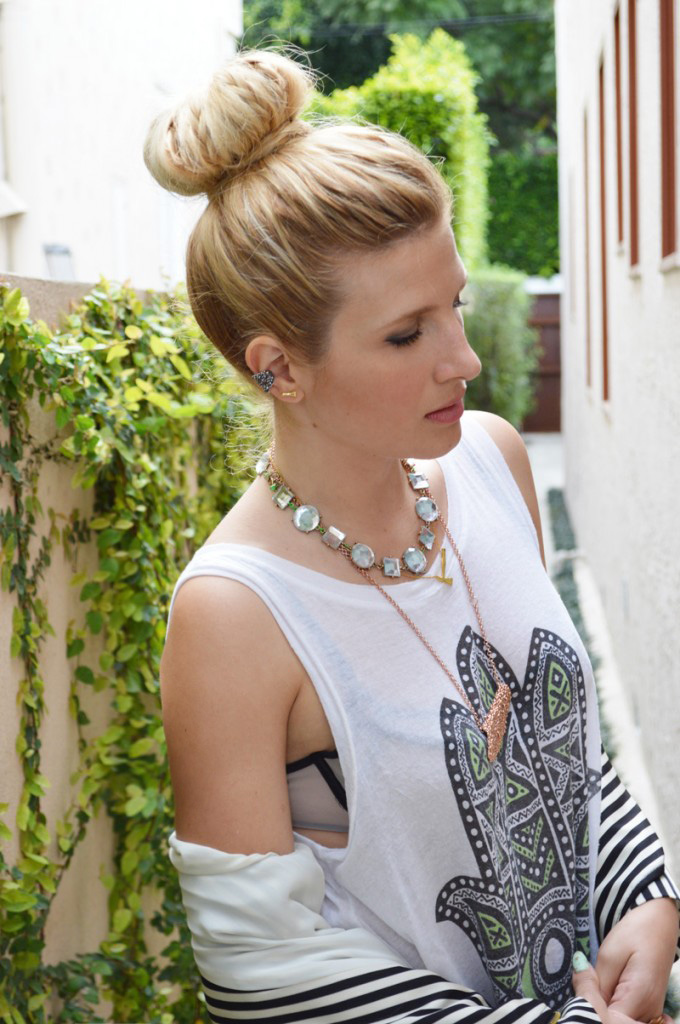 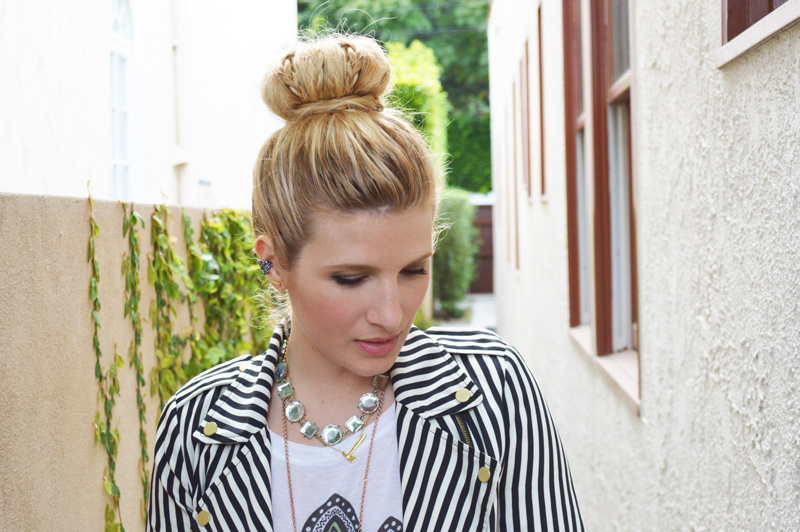 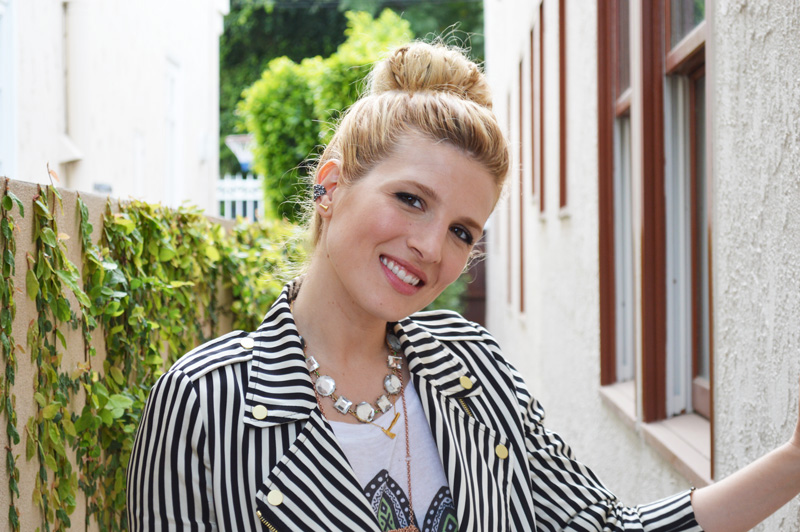 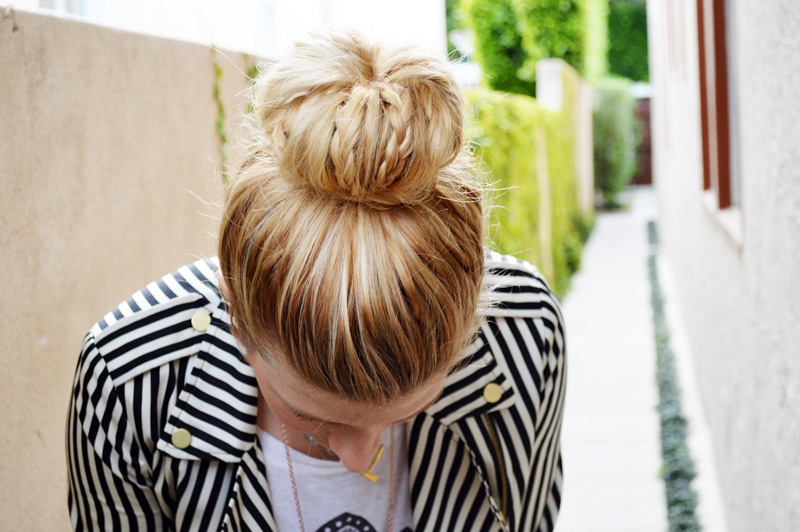 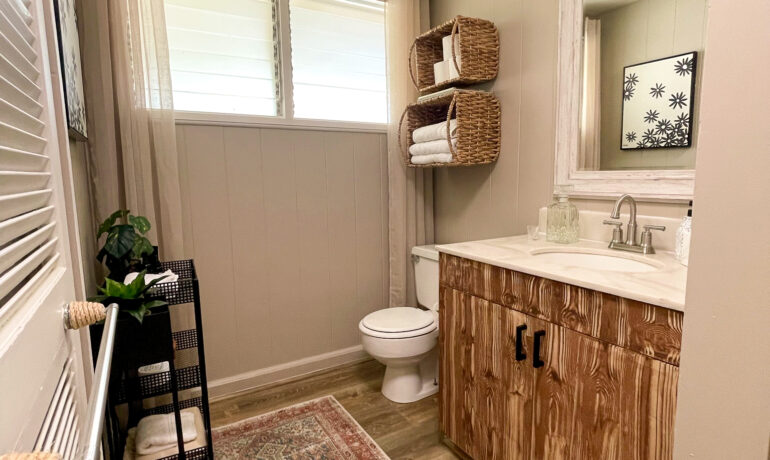 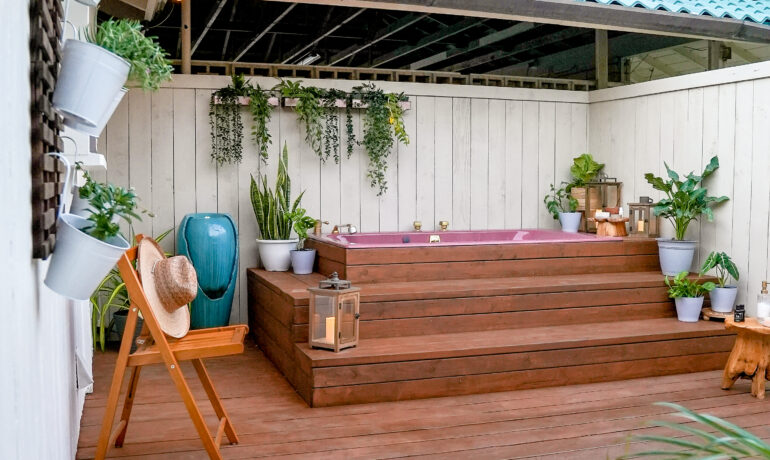 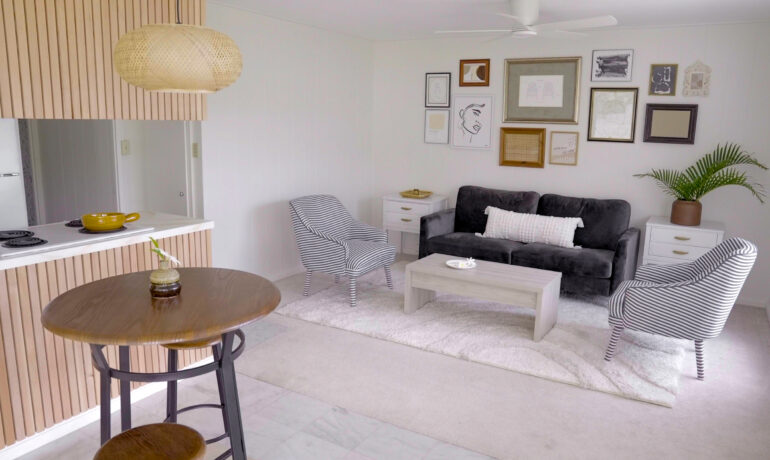