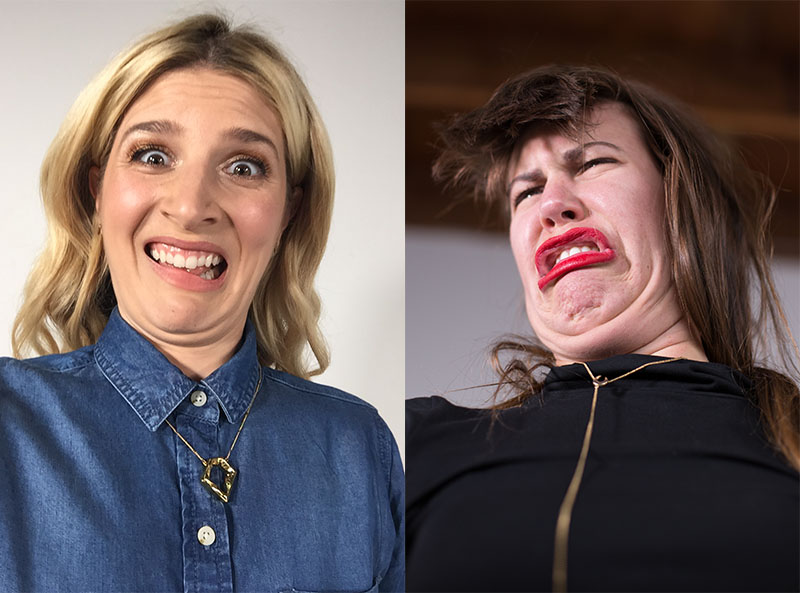 I don’t know about you, but when it comes to selfies, I prefer the ugly ones. Pretty selfies? There are already too many of those. I mean Kim Kardashian has a whole book of them, for front-facing-cameras’ sake. I think it’s just so hard to take yourself seriously in front of the camera, trying to preen for the perfect lighting while keeping your cheeks sucked in, eyes engaged, and lips perfectly pouty.

But the ugly selfie — now that is an art. There are so many ways to contort your features, to bend and squish and jut out and bulge; the range of expressions is endless! The Mr. Kate team decided we couldn’t just endorse the ugly selfie life, we had to live the ugly selfie life. Check out the best of the hideous photos below and the tried and true tips we accrued for getting the most flawlessly frightening, gloriously grotesque, marvelously monstrous selfies of all time, every time. 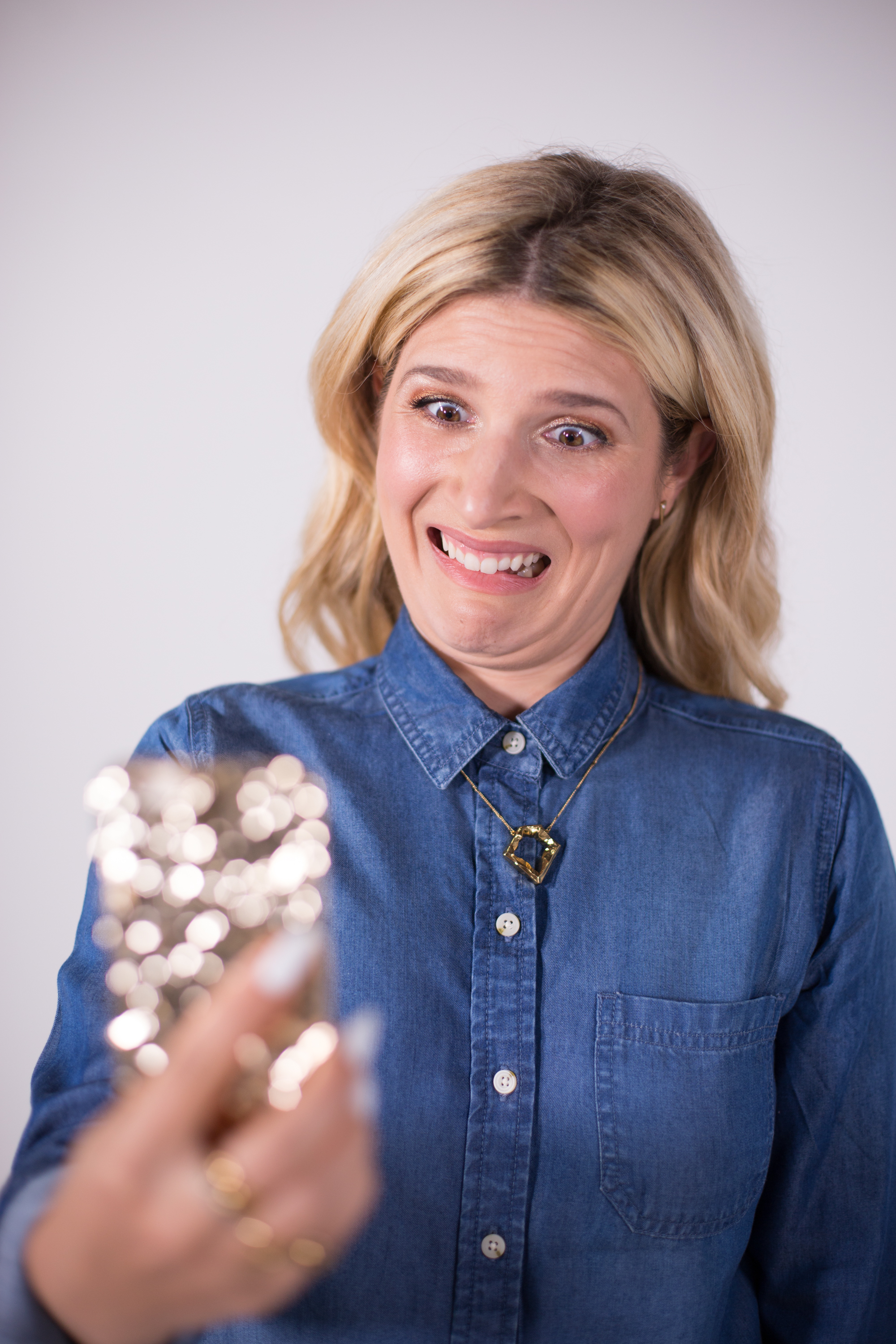 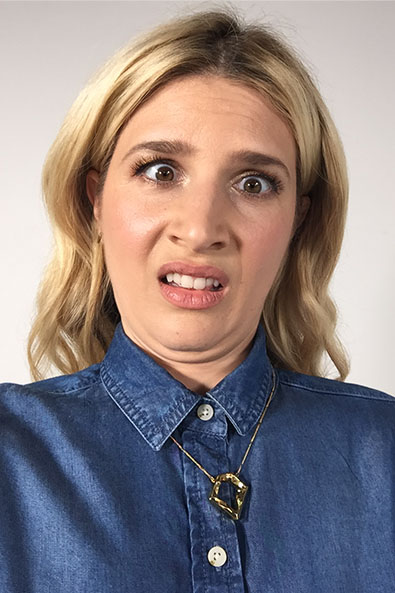 To get this charming look, I had to multitask like a mofo. I simultaneously crossed my eyes in, scrunched my nose back, pulled my mouth up into the center of my face, and folded my chin back to create that winning ripple effect. I basically became a human Pug dog (snorting sounds, included.) There was so much concentration going on, I hardly remembered to press the selfie button! So remember kids, you gotta be in it to win it — if you get this fugly, don’t stop until you have photo. 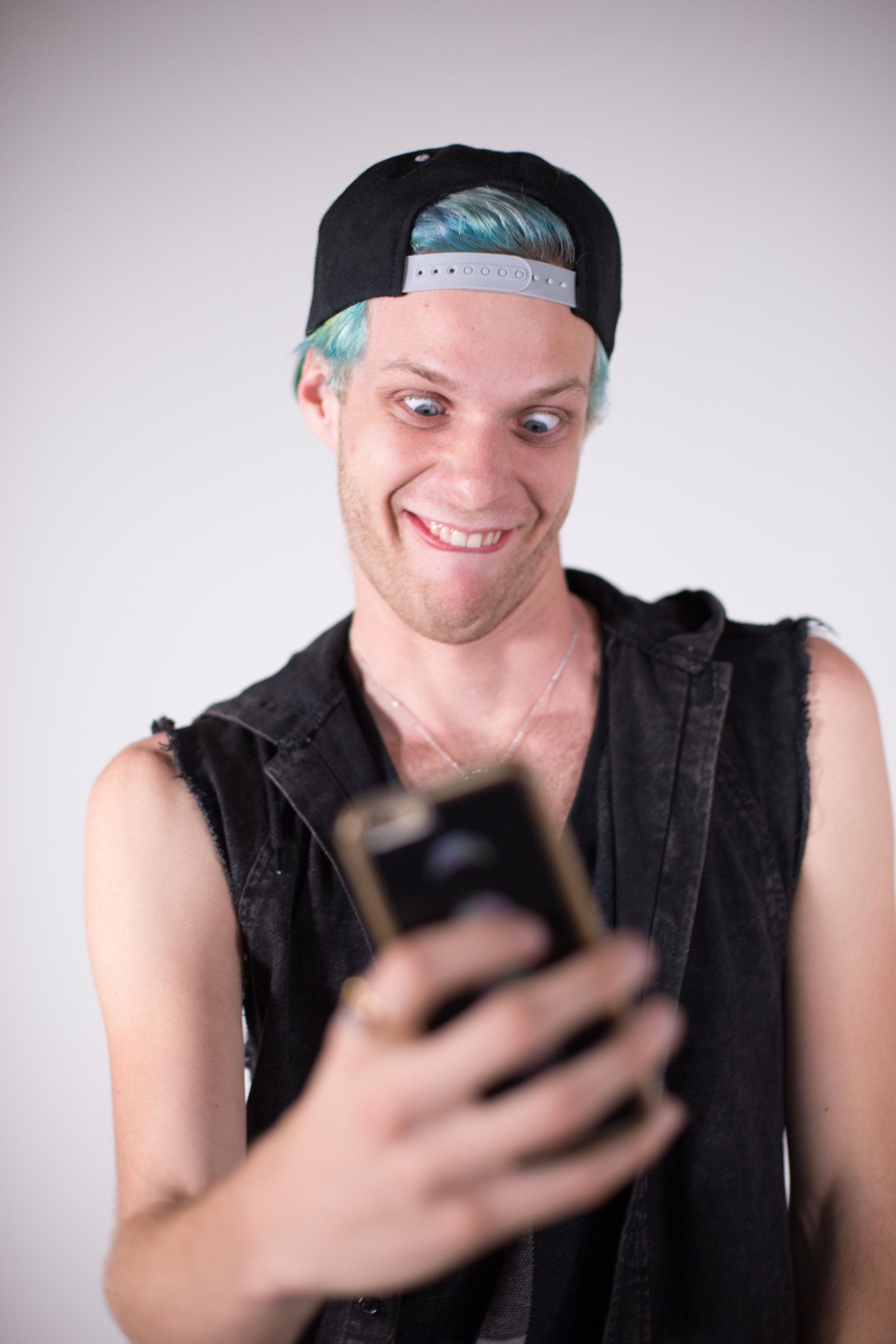 Tip 2: Get lost in the nose cave

Brad used his height as an advantage in his ugly selfie, angling the camera upward so his face looks like, in his words, “an angry dildo.” The key feature on his terrifying sex toy face is his engorged nostrils, which draw viewers’ attention like a second set of black, cavernous, boogerific eyes searing into your soul. In order to get this look, Brad made some pretty horrific noises (I would describe them like a donkey walking in on its parents having sex), so don’t be afraid to let it out in every way in order to get the best of the worst. 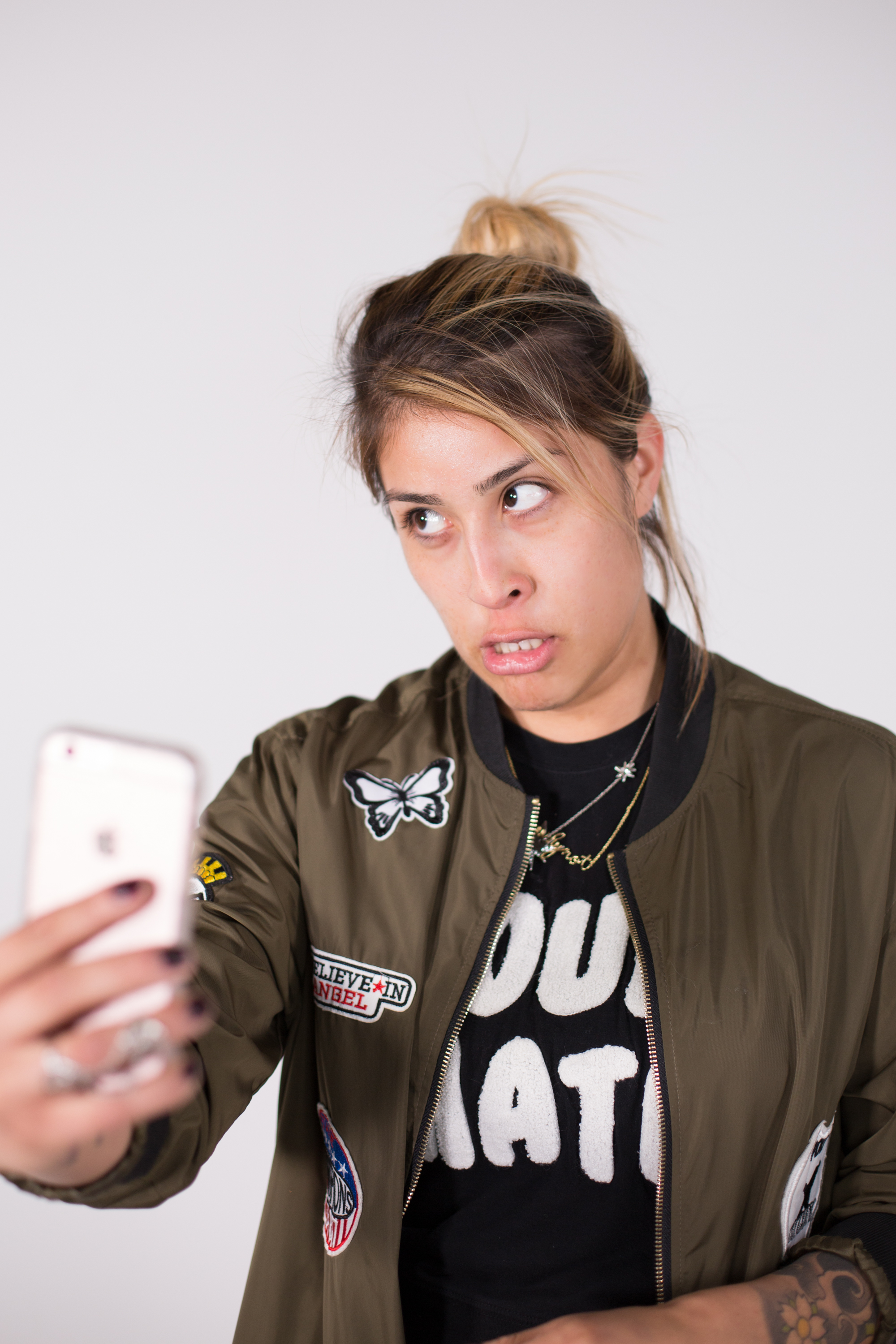 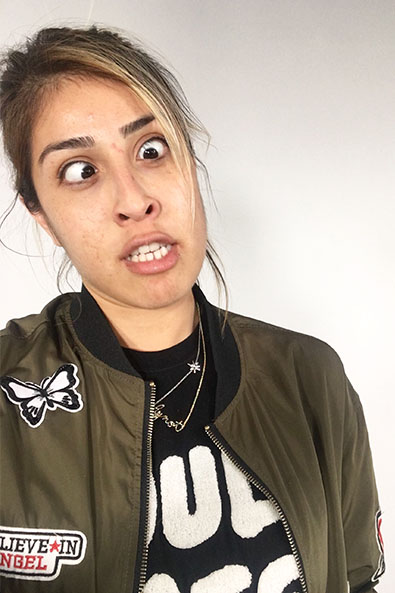 Tip 3: Think back on your old calculus homework

Remember when your math teacher would put an equation on the board that looked like something out of an ancient civilization from Indiana Jones and your face automatically screwed up into a combination of flummoxed, brain-pained, and OMG did someone just fart? Well Daisy did, and she whipped it out for the kill for our ugly selfie contest. Her selfie is also a good reminder that sometimes ugly pics are still a little cute, especially since you’re being your 100% uninhibited weirdo self — which is always a better look than contoured and constipated. 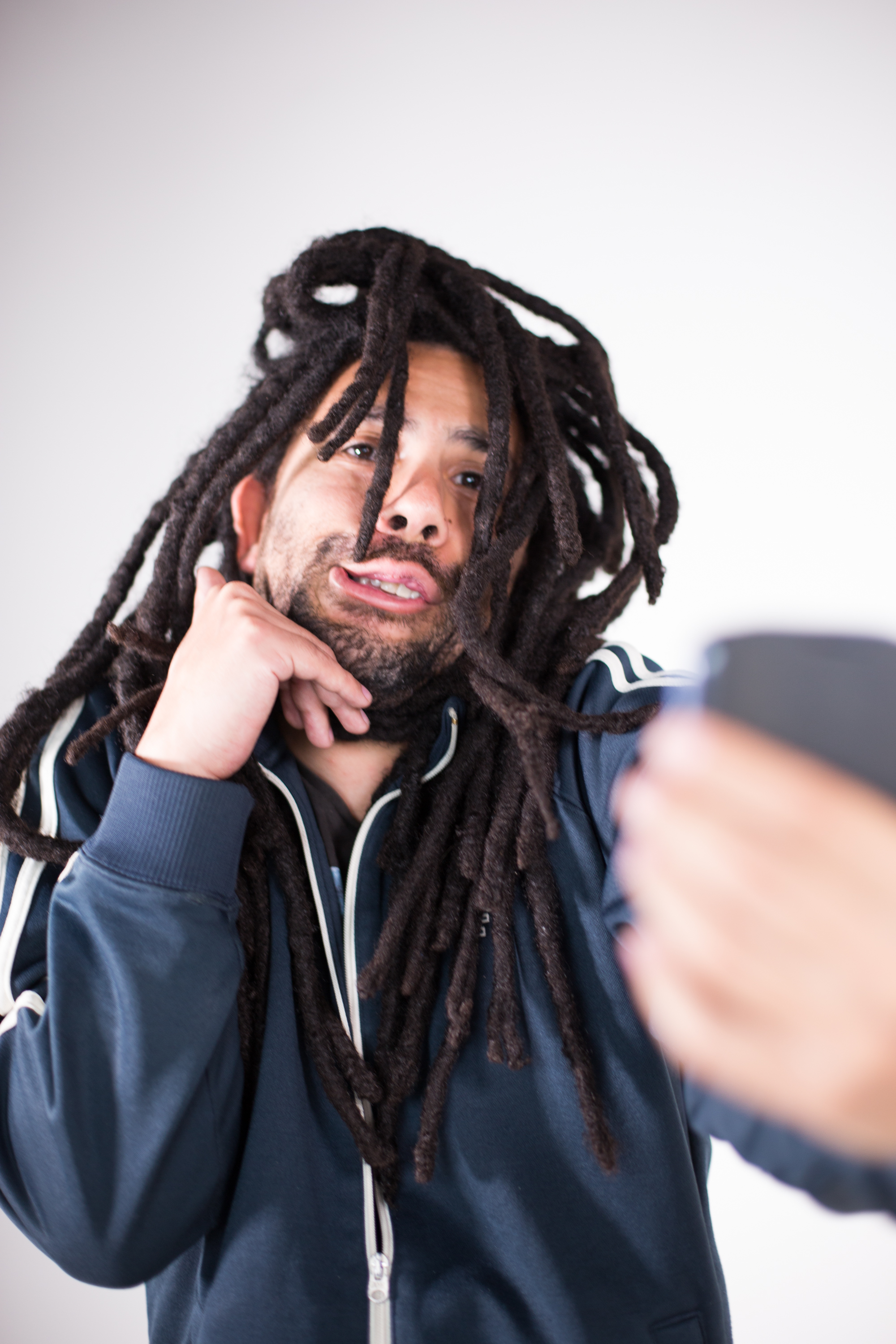 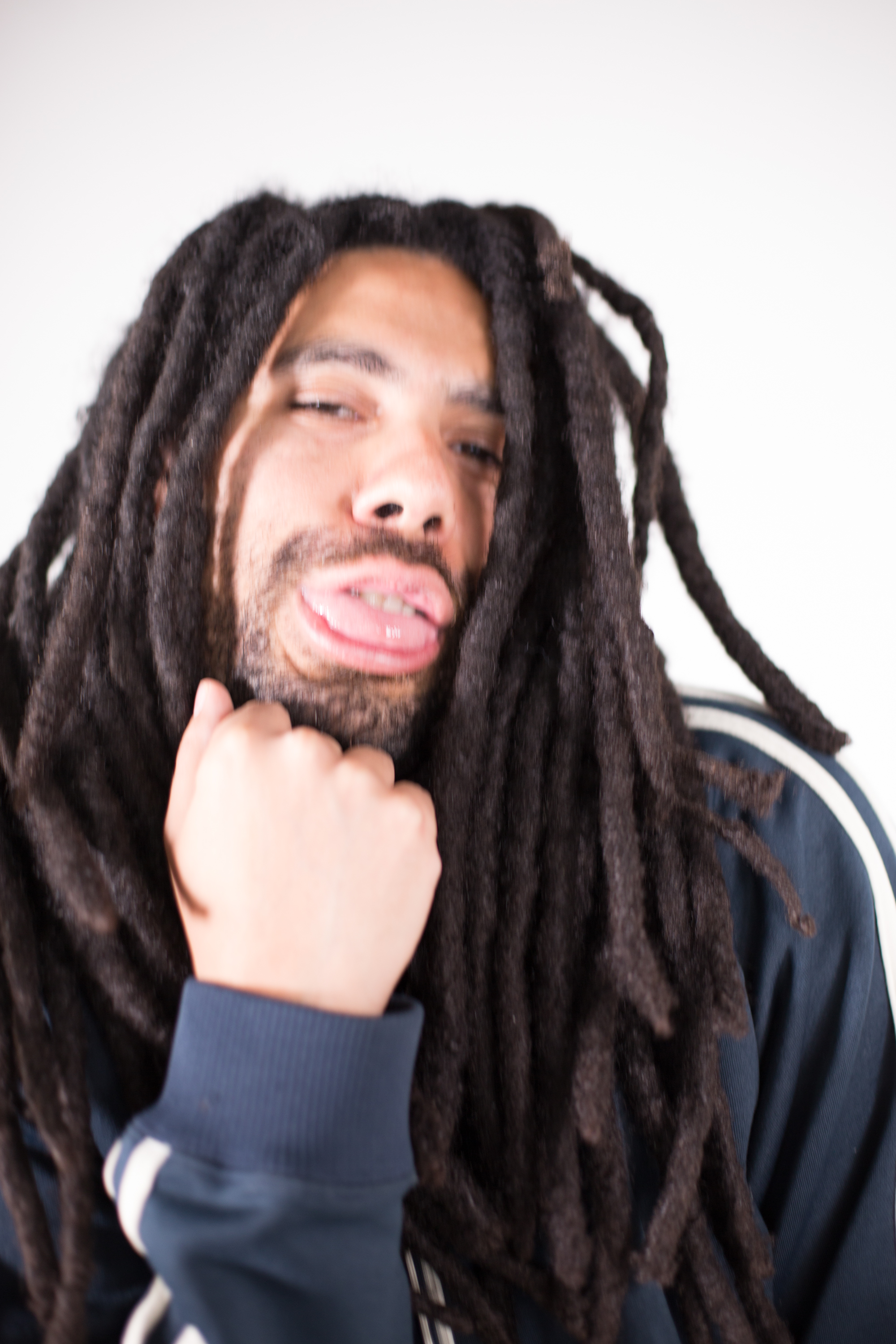 Tiro here has often gotten comparisons to the musician The Weeknd because of his hair. For his ugly selfie, he embodied an alter ego called “The Weekday,” The Weeknd’s douchier, derpier (possibly drunk) doppelgänger. The key here is completely embodying the worst of your intended imitation. Don’t just be a bro, be a mouth-breathing, tongue-lagging, step-above-neanderthal bro. Commit to your role. Then commit facial atrocities. 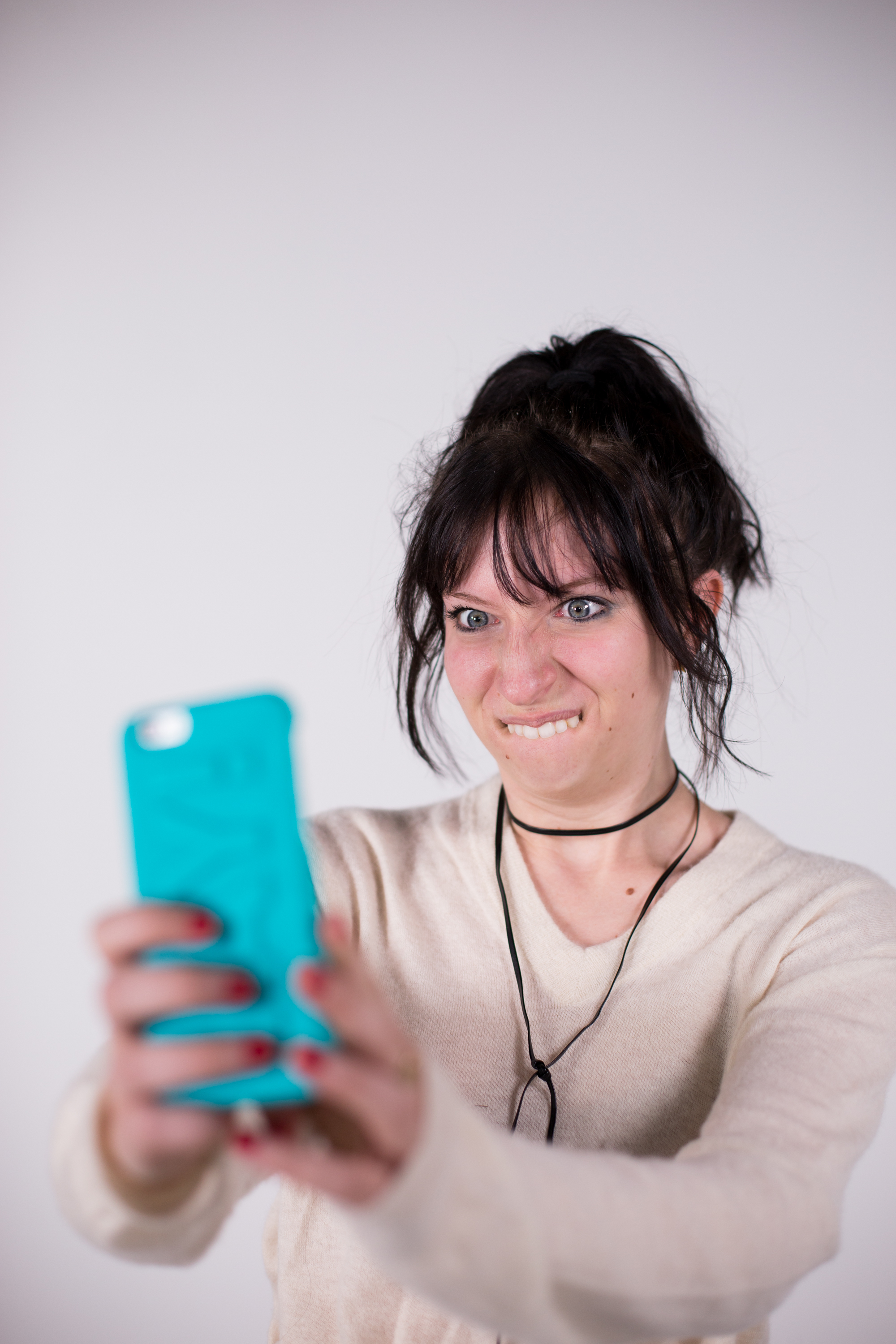 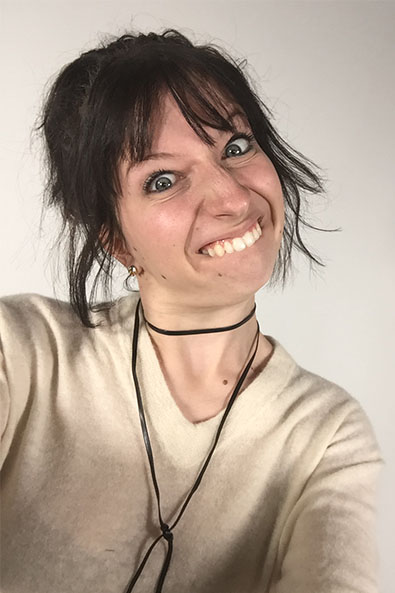 Tip 5: Overbites can be self-imposed

Oversmiling is one thing, overbiting … well that’s another. There is no better way to make your selfie look uniquely ugly and uninviting than to appear like a rabid gopher on the brink of a Walking Dead-like snack attack, like Kelly does here. Saying “bite me” can be construed as cute and playful. Having crazy eyes that say “I desperately want to take a bite out of you” … not so much. Note: Kelly had teeth marks on her chin for an hour after this shoot. Ugly selfies are not for the faint of heart. 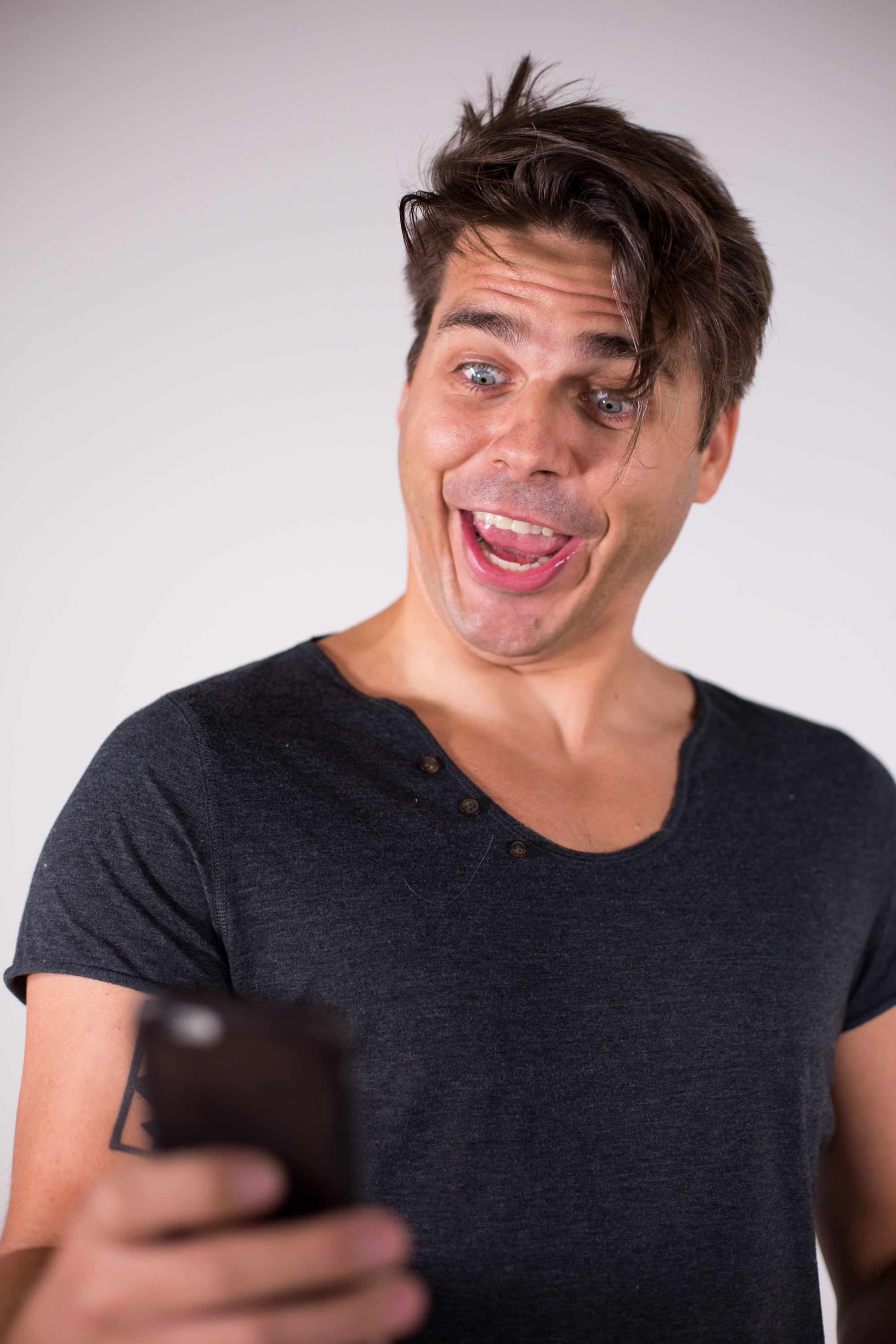 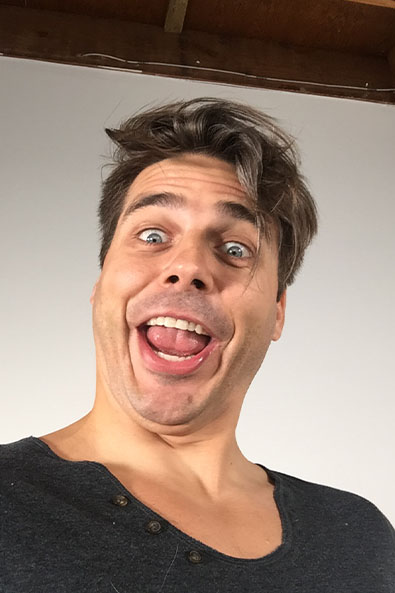 The key to nailing this ugly selfie technique, as expertly displayed by Joey (the face I wake up to every morning) is to look with equal measure like you really want to invite someone in for dinner … but then kill them. Like you want to hug someone and give them a homemade pie … but then lock them in the trunk of your car. It’s a balancing act, but I’ve always found the jolliest people unavoidably creepy (like department store santas) so it really goes hand in hand. 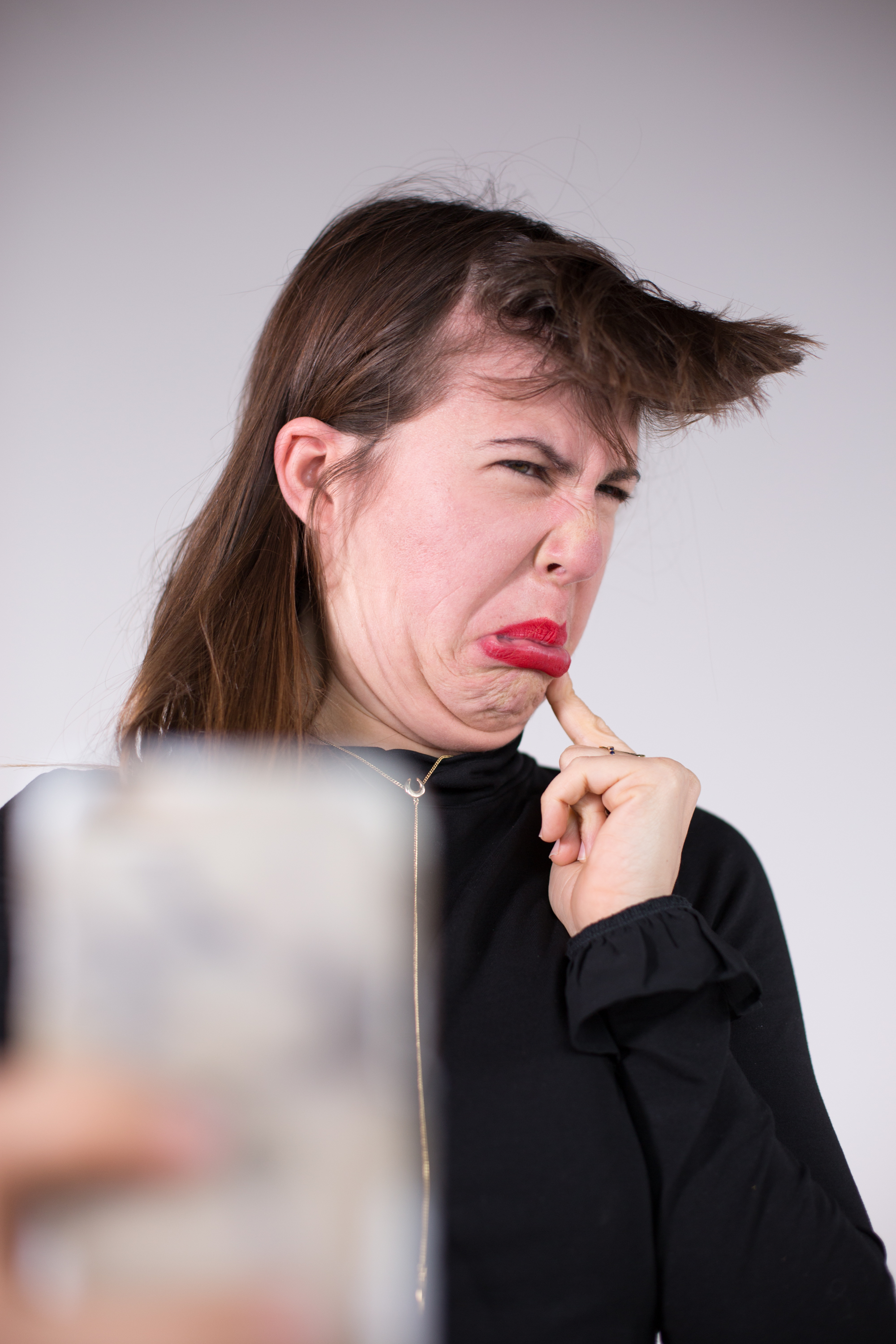 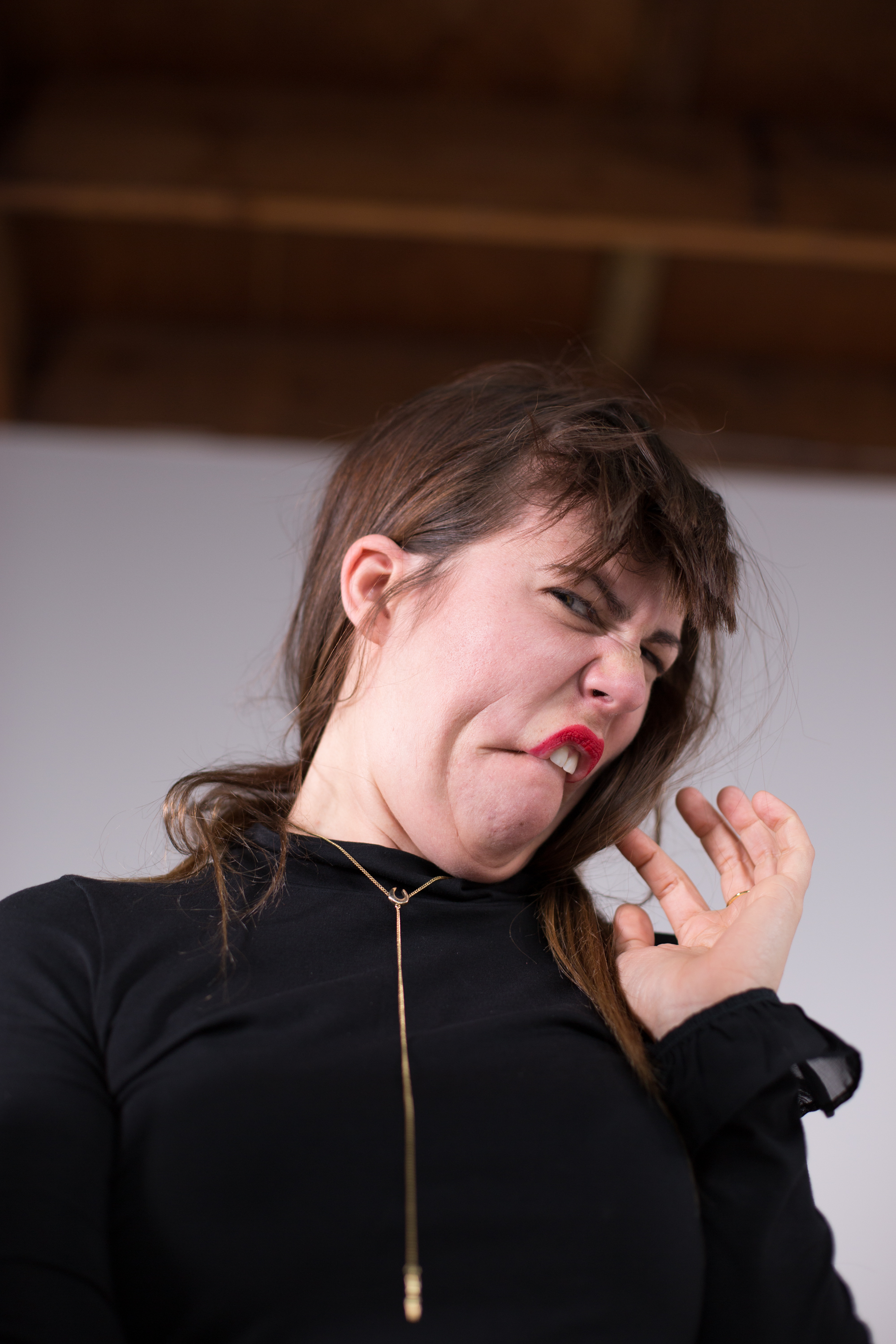 Sofia, a self-professed ugly selfie pro, knew that she didn’t just want to show off one unappealing look, she wanted to twist her entire upper body into a hilarious amalgam of an evil bird and Gollum from Lord of the Rings who just drank straight lemon juice and really needs to pee. The best way to do this? Working her profile, which allowed her concaved chin, puckered mouth and Something About Mary bangs to each shine (and scare) on their own, while blending together to create a misshapen masterpiece. 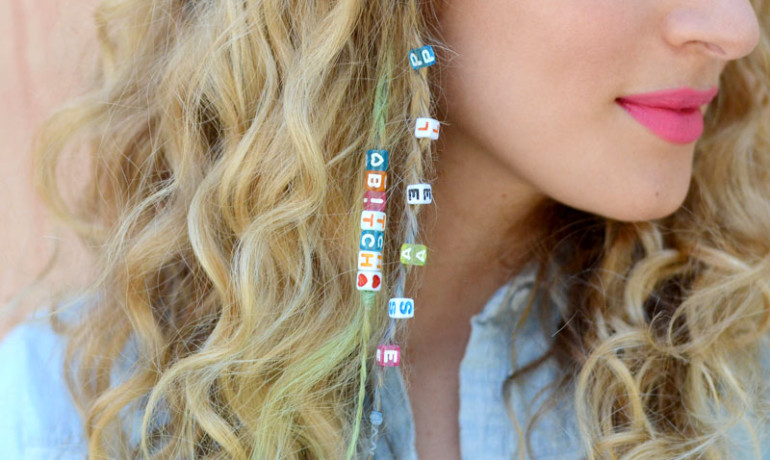 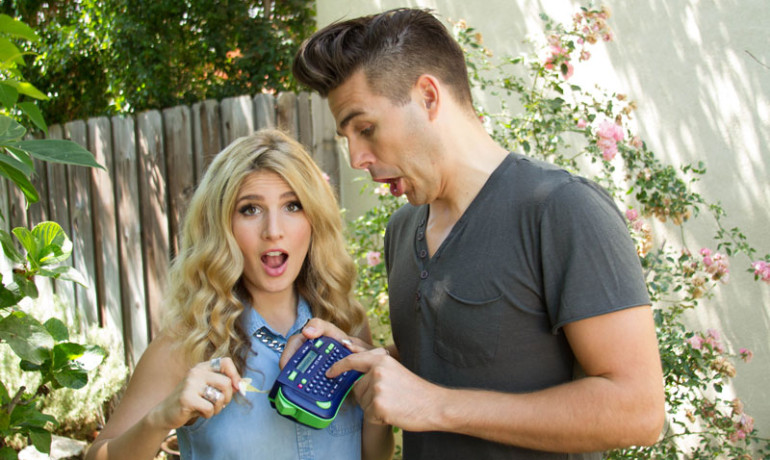 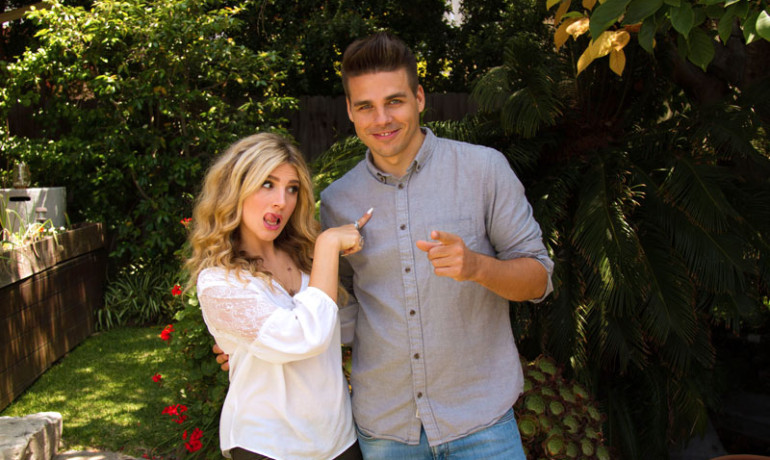