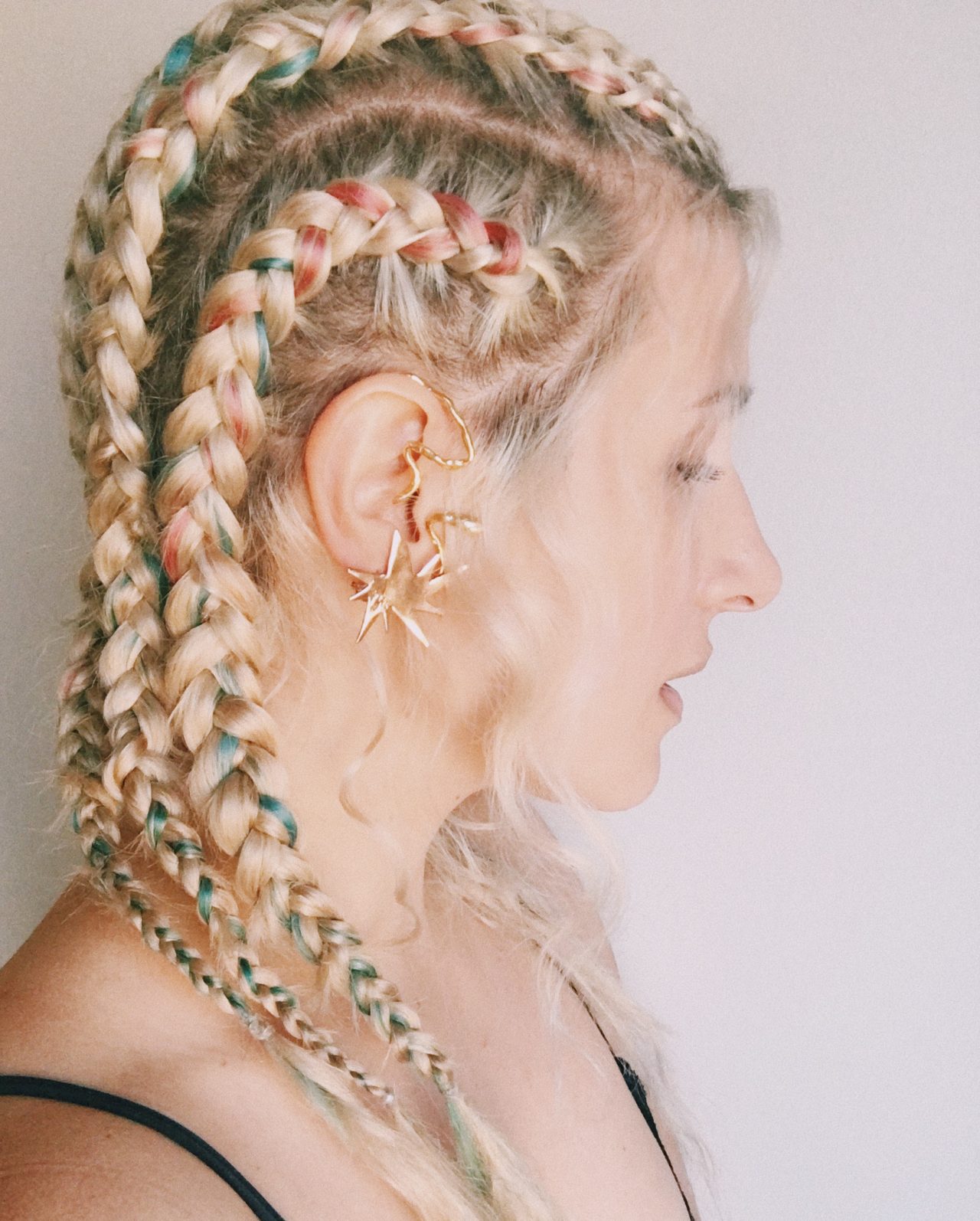 Just when you thought platinum was the wildest hair change I had planned … I present to you, Unicornrows!! Aren’t they magical?

These braids are a combination of my hair with platinum extensions dyed pink and blue for that whimsical, colorful touch. I wanted something a little different than my signature curls as we approached springtime, and this style, braided by the most excellent Ash Nicole, worked out perfectly for a busy week full of OMG We’re Coming Over prep and filming!

The cornrows lasted about a week, and gave me such a great opportunity to wear my hair in a new style (sometime accessorized with paper flowers, as you’ll see below!), while not needing to worry about waking up every morning to redo it! 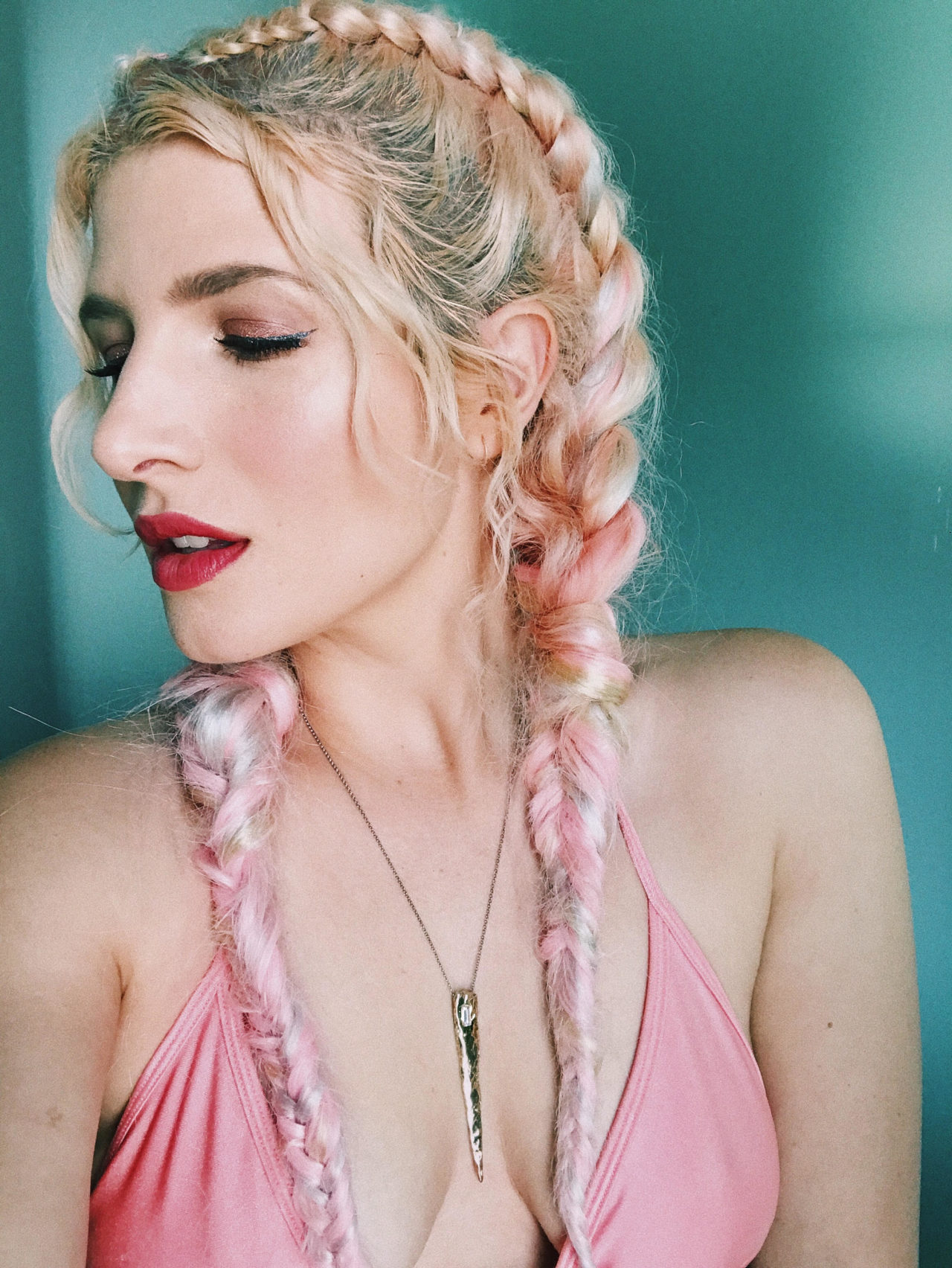 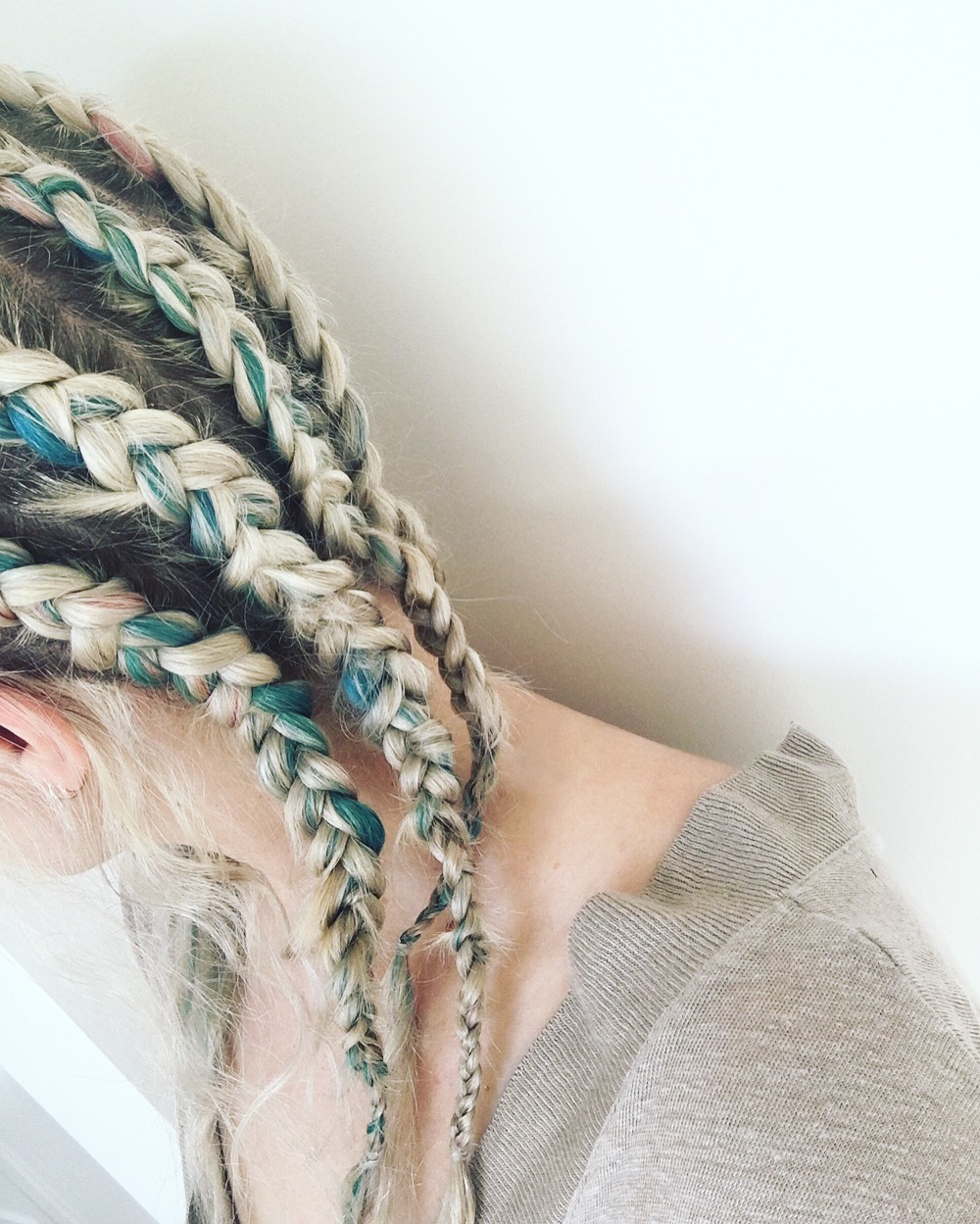 Some context on why I’m calling them cornrows — cornrows are a traditional protective hairstyle that has been a feature in the Black and African community and culture for centuries. Boxer braids are a fairly recent rebranding of essentially the same hairstyle, especially in the context of being worn by women who are not black. By calling this hairstyle “boxer braids,” an entire history and culture is stripped of the credit it deserves. I find cornrows in every iteration beautiful, and I want to honor where they came from while partaking in the style! 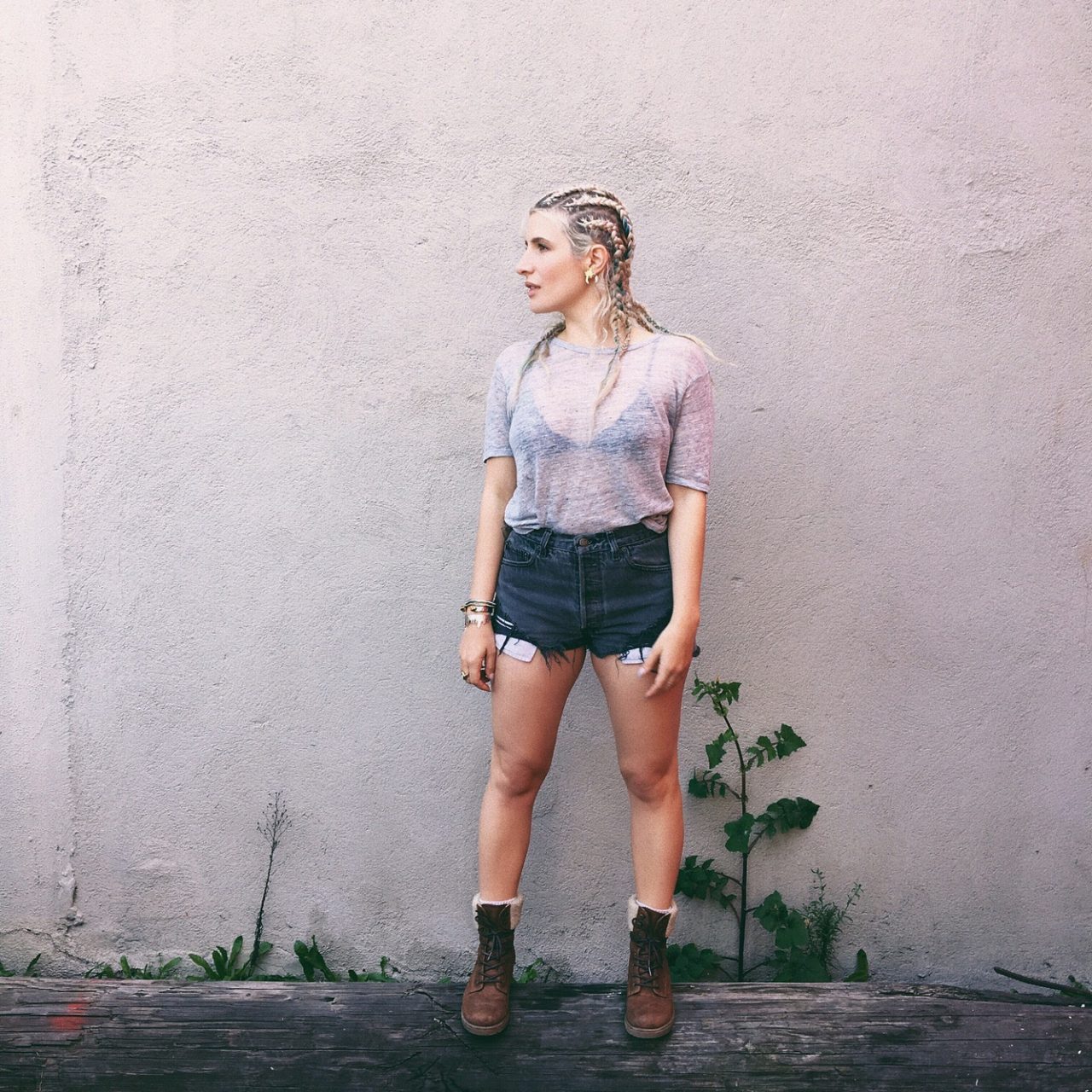 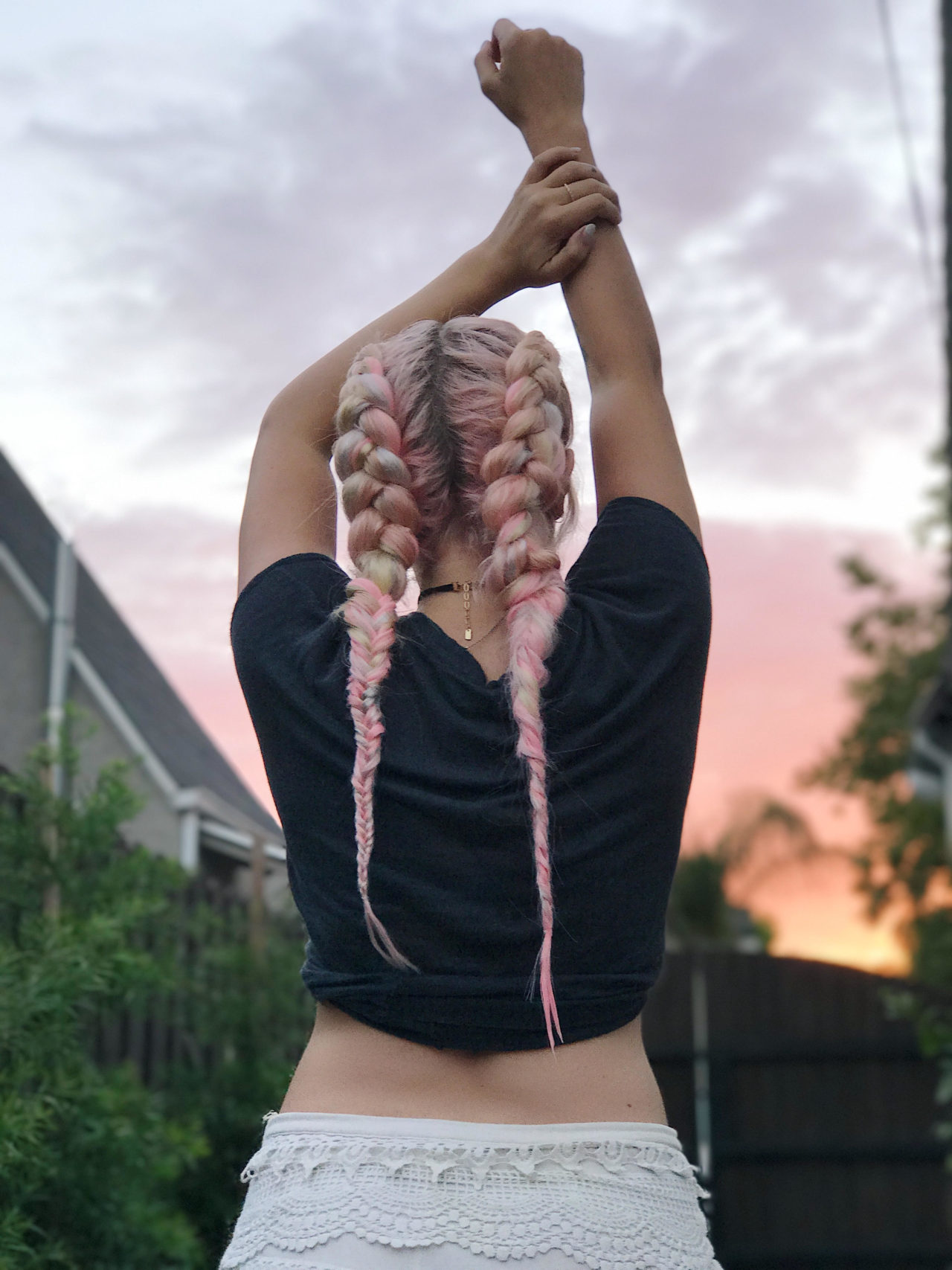 I have worn braids in my hair before in my life, when I was heading off to college — there’s a chapter dedicated to it in A Hot Glue Gun Mess! — and both that time and this time, I had my hair done by a woman of color who did my hair as she would any other client. A hairstyle isn’t a culturally exclusive thing — it is not meant for one group of people but no one else — but it is a choice that must be made with consideration of the culture from which it originated. 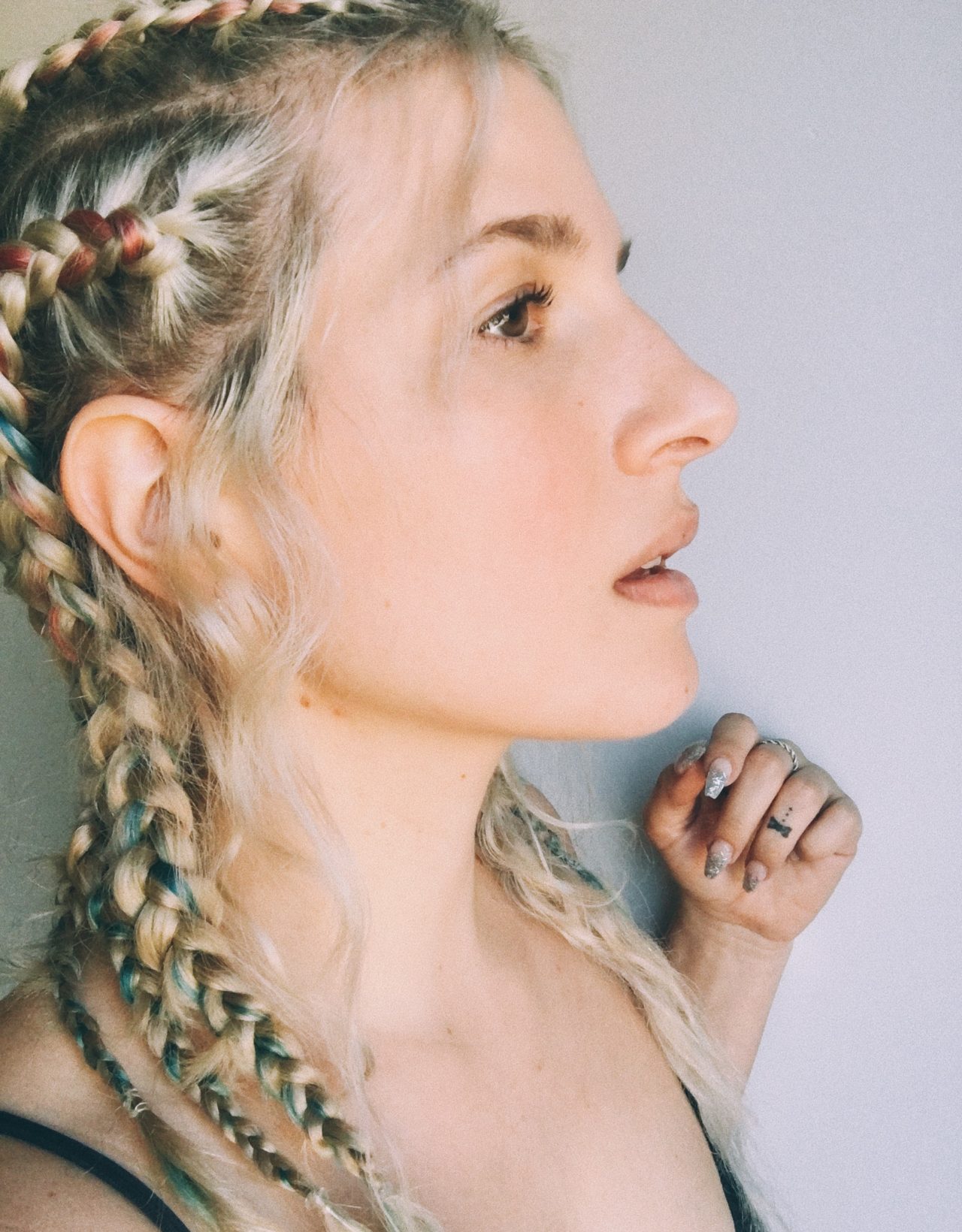 When it came time to film OMG We’re Coming Over, I wanted to get creative with my unicornrows — they are beautiful on their own, but have so much potential for embellishment!

I found little paper flowers that had been purchased for a past DIY and used the wire ends to fasten them into and on the braids! Fairy hair for real! Because #whynot make your hair the star of the show? 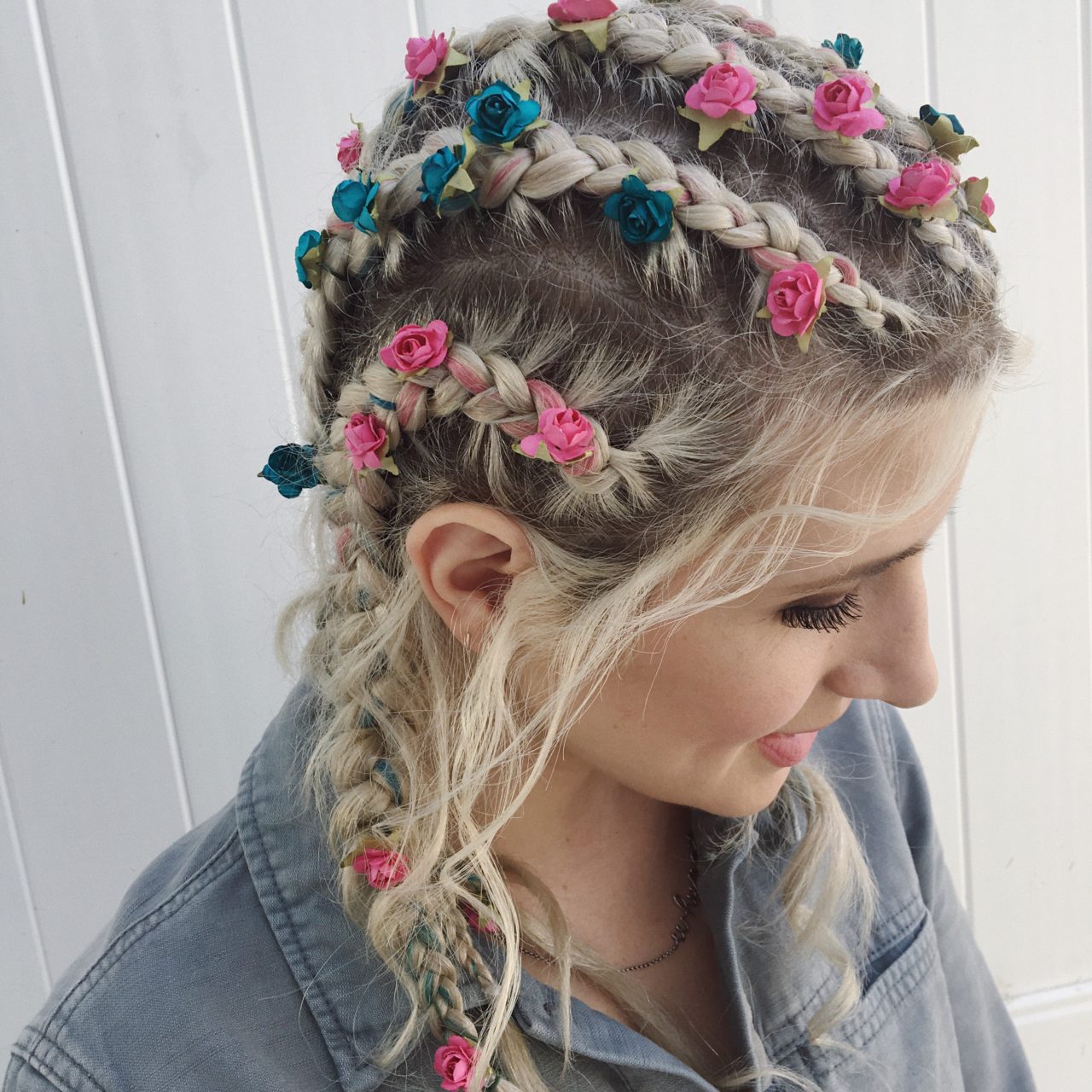 I opted for my unicornrows for a busy week that wouldn’t allow me much time for hairstyling, but when I also wanted to be looking and feeling my best. I look forward to collaborating with my hairstylist again for more creative looks!

These braids would also be a beautiful option for a vacation (especially to a location with a humid climate, if you have curls like mine!), a festival, or just because! 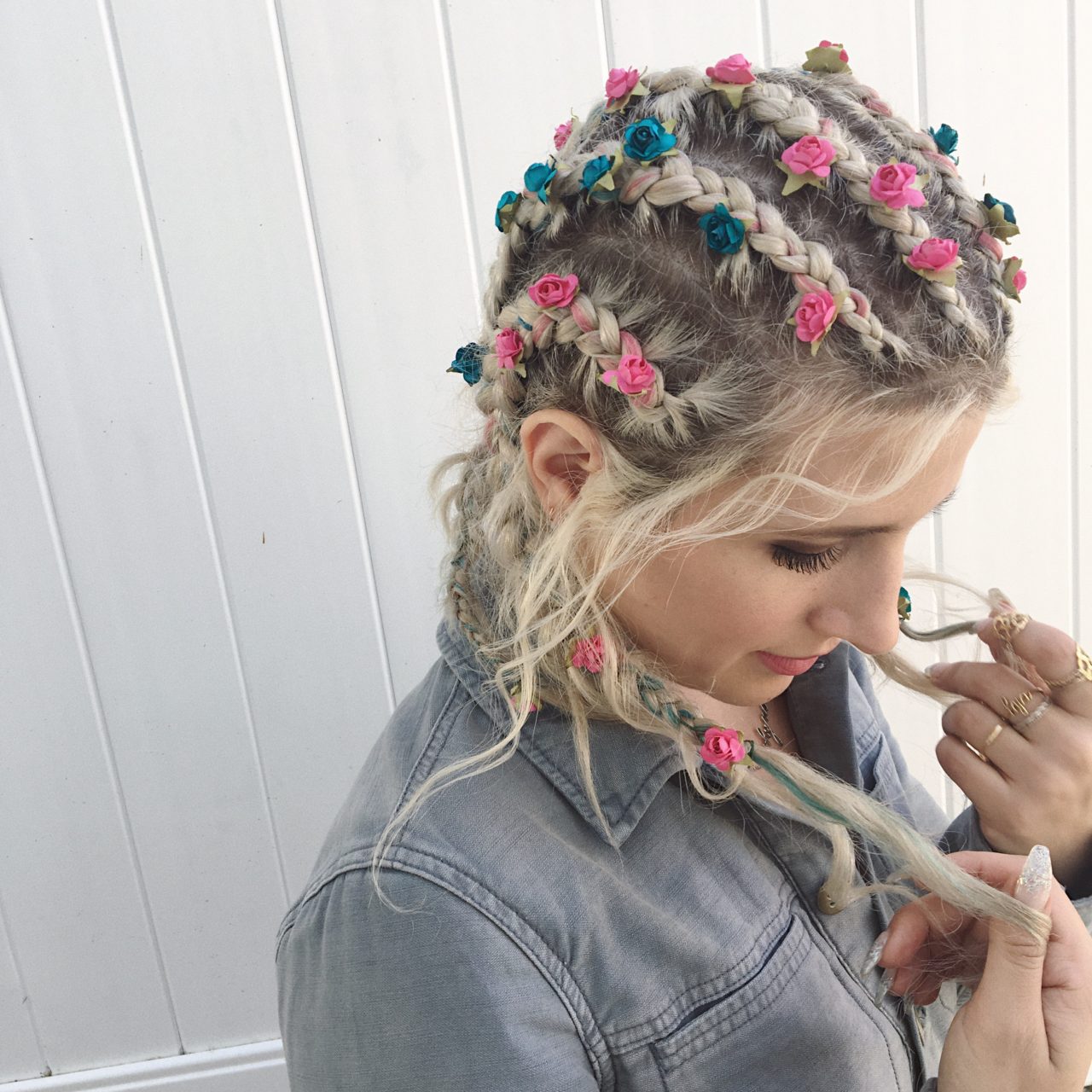 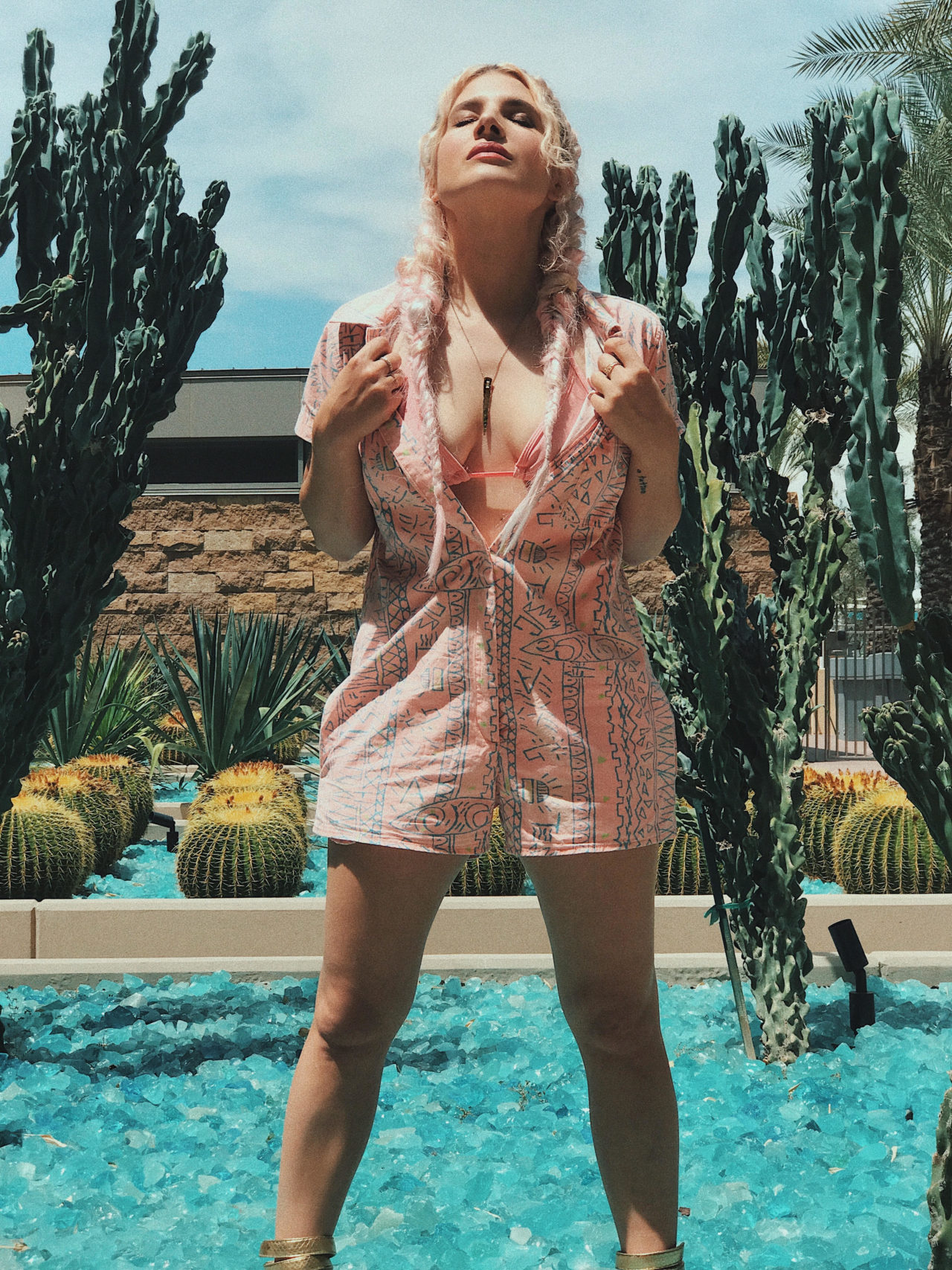 If you want to recreate the unicornrows, I have a tutorial for hair chalk that will help you get the cute colors, but unless you’re a master braider, I would consult or make an appointment with a professional braider to get your cornrows!

If you want to DIY, but cornrows aren’t in your skill set, try this colorful fishtail braid tutorial for a similar look! 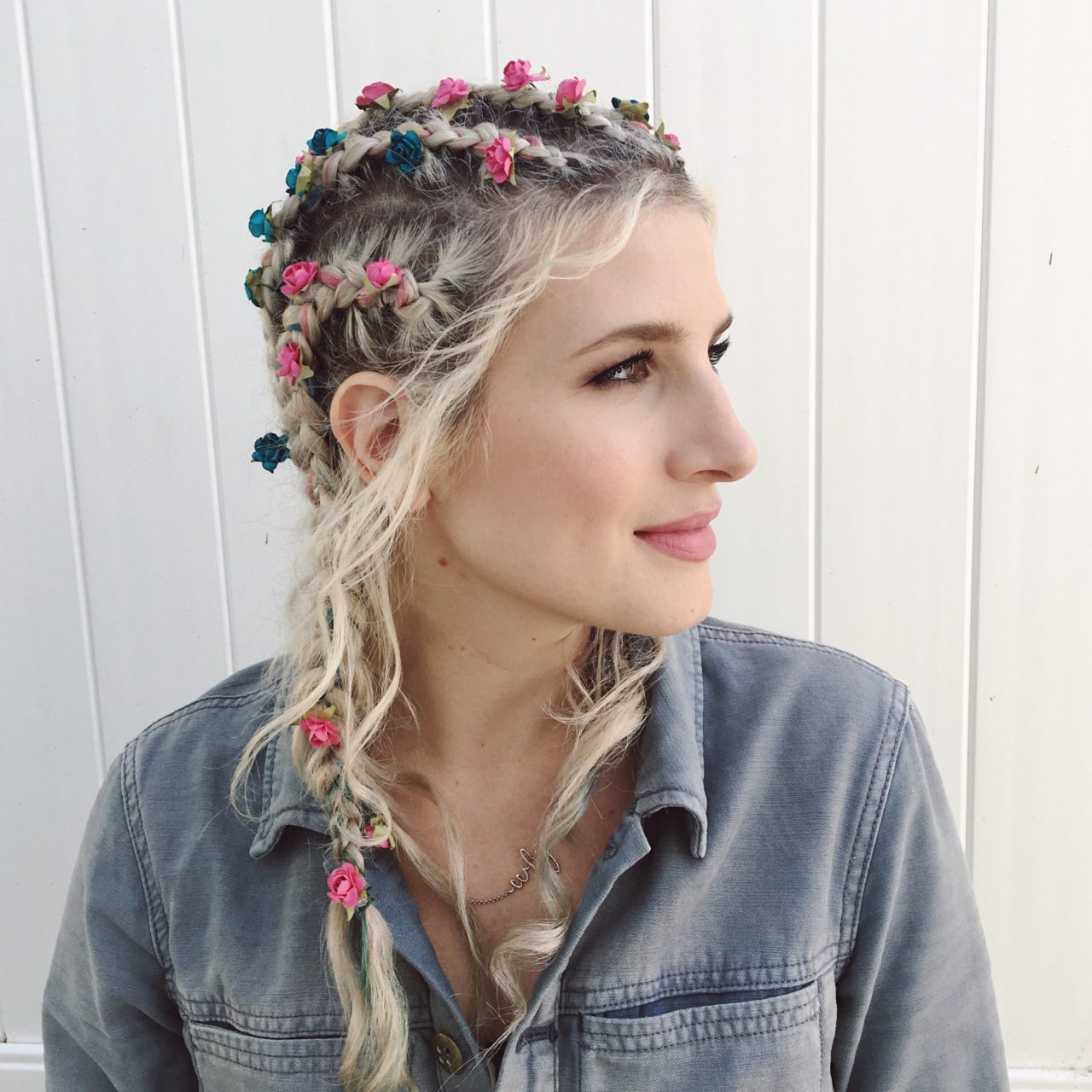