I’m getting so inspired by all of these costumes! I almost wish I needed like 15 Halloween costumes this year (I think I’m settling for 3 haha). As a MK team member, I’m not part of the challenge, but I want to keep the conversation going!

I’m sure you all saw my grocery bag costume from last weekend’s Little Mister’s email — if you didn’t, make sure to sign up for the email list here!! I’m reposting the pic here with the steps I took to make it, in case anyone else wants to join me in the inanimate objects club! 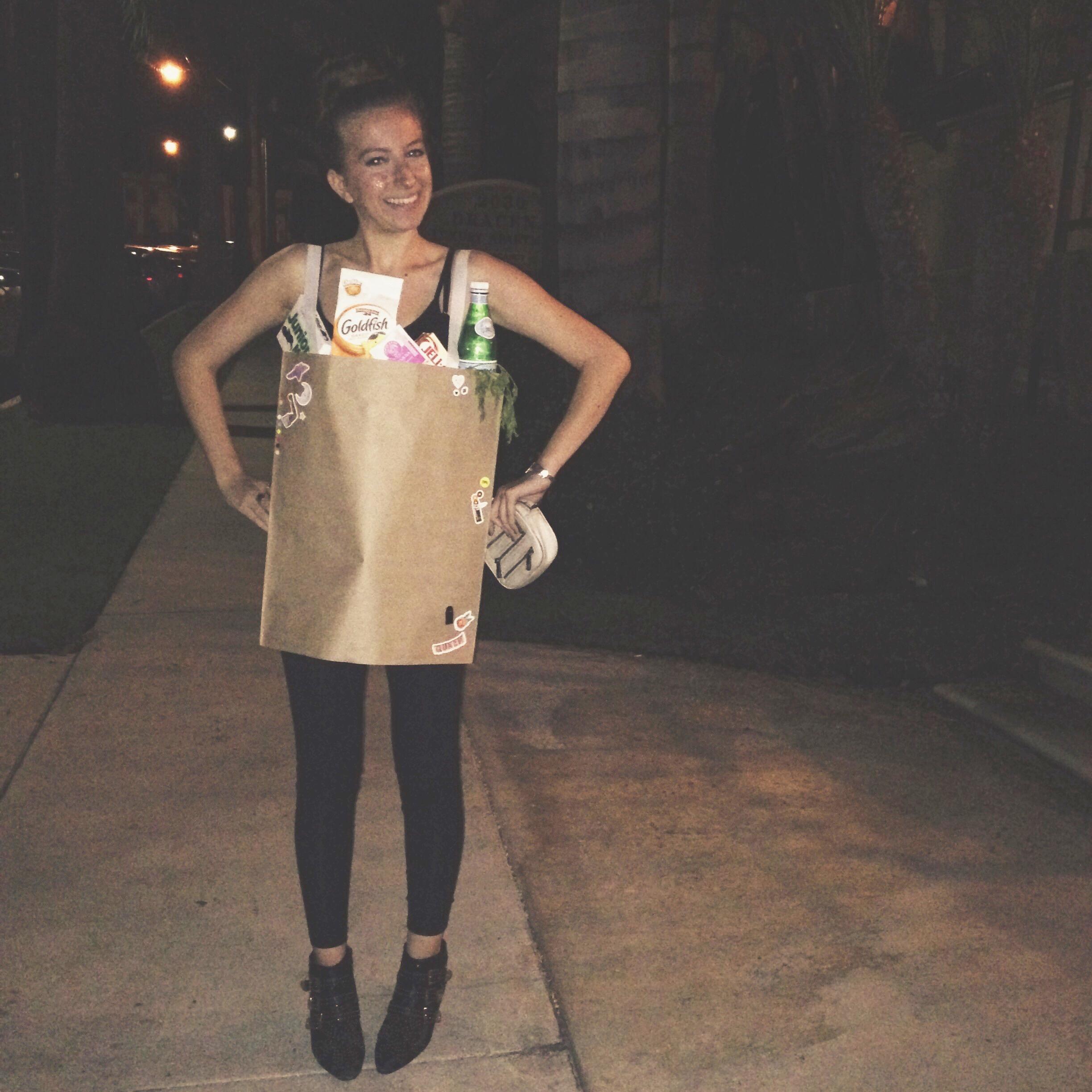 I started with the biggest brown paper bag I could find — I think I got it at like CVS or Cost Plus. I cut off the handles and hot glued on my own straps, which I had measured to fit over my shoulders. Next was the fun part — I raided my pantries, finished a few favorite items of food, and used hot glue, glue dots, and plenty of maneuvering to attach them to the front of the bag. It sagged a little when it was just standing on its own, but once I put it on, it looked fine!!

I added some final touches to the bag with stickers from Ban.do and Rookie Mag, then put on my favorite Freckles BeautyMarks, a trusty onesie (seriously has seen me through like 4 Halloween costumes), booties, and I was ready to be devoured!

If I have one tip for someone else making this costume, I would say maybe don’t choose such yummy treats to show off! There was one guy at a party following me around for 15 minutes because he was convinced I actually had Goldfish on my body and he wanted some. #awkward

Thanks for inspiring me for more DIY costumes. I think I need to throw a costume party soon! Halloween isn’t enough!